This was the second Final Fantasy game I’ve played in my life. Like before, it is made by Square (Square Enix today) back in 1999. I believe there is now a PC version as well, but the one I played was from PSN and I played it on my PSP.

Squall Leonhart is the protagonist of FFVIII. Despite how he wants to look, he is…. like in high school(?), the Balamb Garden. If you thought Cloud was socially awkward, Squall is even more so. Unlike Cloud, he is not willing to crossdress to save the world. Also unlike Cloud, he is clearly in love with a girl.

Rinoa Heartilly is the heroine of the game and love interest for Squall. She is daughter of a famous general. Unlike Squall, she is very social and loves to express her feelings, no wonder he likes her.

Ultimecia is the grand witch and the main antagonist of the game. She desires to compress all of time, and can control other witches through dimensions and time. She is a freaking badass witch and is dangerous to all existence past present and future. 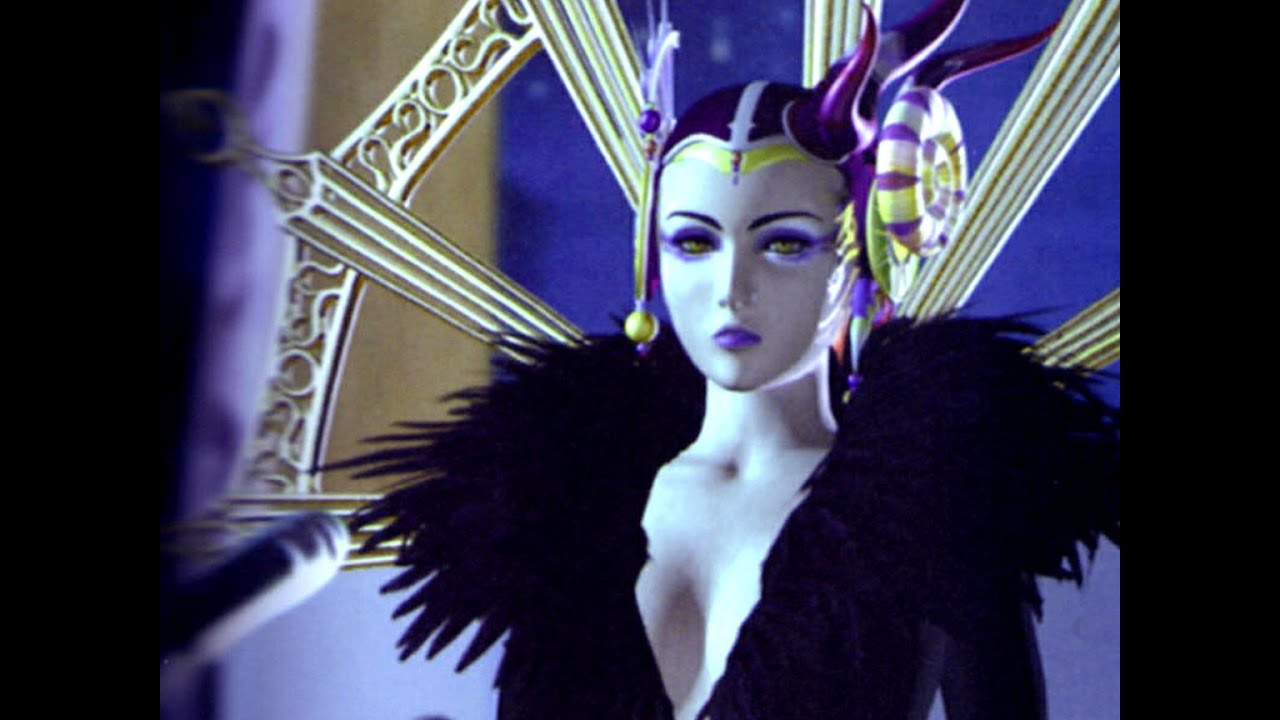 The plot of FFVIII… is rather complicated. It starts off with Galbadia trying to invade Dollet, and Dollet hires Squall and co. Later, Squall and co tries to assassinate Edea, a powerful witch that has good deal of political influence. And the failure of this assassination more or less has Sqwuall and Garden becoming the target for Edea. And later they find out Edea is not actually evil, but is mind controlled by more powerful witch, Ultimecia, from different time and dimension. And they find out UIltimecia is trying to compress all of time, resulting in destructions of everything, so the heroes have to put an end to that.

The gameplay has evolved…. not too much from its predecessor. It is still the good-old Final Fantasy turn based JRPG. There are little additions like, if you time it right, you can hit R1 to shoot gun with Squall for an extra damage every time he attacks. And I think FFVIII (Squall to be more specific) had some of the coolest Limit Breaks in the entire FF franchise. 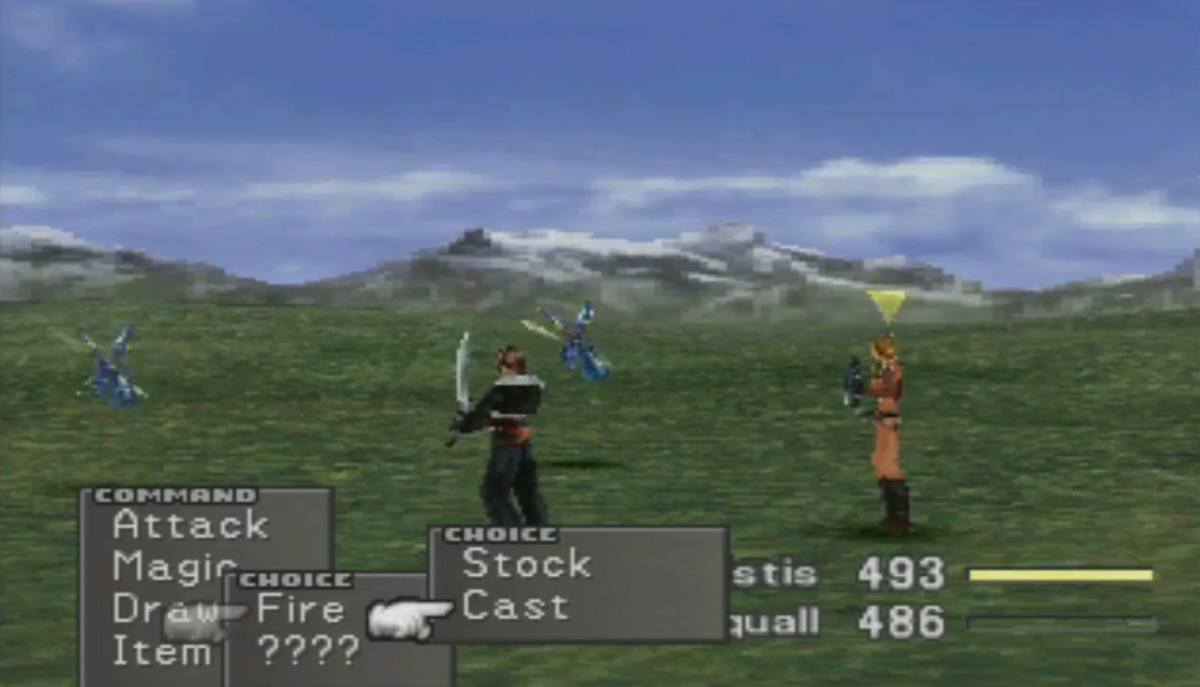 The biggest change in the game is how magic functions. Unlike FFVII, magic is not based on character’s mana, rather, it is treated like an item. You have 7 fires and 4 Ultimas. And you can equip magic on to items, similar to FFVII, but rather than granting abilities, this adds attribute to the weapon. Once, I put 100 Death magic onto Squall’s sword and it actually worked!! Now there is like 30% chance of insta-killing most regular enemies, it was awesome.

And rather than finding the ultimate weapon, here you crafted and upgrade your base weapon. So finding the right material was the challenge. I liked the idea of the same weapon traveling with you through your journey rather than replacing your precious weapon for a slightly better one, here is looking at you Cloud.

The graphics saw a big improvement from VII, now the character models actually seem proportionally correct rather than chibi forms. Sure FFVII characters looked more or less normal during battle, but they were chibi outside of battle and cutscenes, here, they look a lot more consistent.

In all honesty, I thought Final Fantasy VIII was much better than FFVII, I had more fun with it. And of the Playstation1 era Final Fantasy games, VIII was my favorite. I liked VII, but I liked VIII. Something about IX was hard for me to continue, so I recently decided to hop back on it and finally finish it.

I thought the relationship between Squall and Rinoa was better than Cloud and Aertih… or Tifa. Ultimecia seemed like extremely formidable villain. And the gameplay was classic and fun. I think this game is stull fantastic today. And maybe, I might revisit it again, maybe on PC…

Even to this day, there are theories on exactly what Ultimecia was trying to accomplish. And one theory, and my personal favorite, is one where people believe Ultimecia is actually future (and crazy) Rinoa, trying to bring back/ meet Squall again through Time Compression. I really like this one and I kind of believe it. Let me know what you guys think!

Well, I hope you liked this one!