This list is to celebrate some of the Moms in manga and anime. By moms, I decided to include those who didn’t technically give birth as well. This is following my previous list of similar topics:

She is the mother of Barakamon’s protagonist. She is a mother bear type, in that she will go to ridiculous lengths, like beating her husband, son, son’s friends, to protect her son, ironically. She isn’t abusive, just … well that. Her hits don’t do any real damage, just annoys people. But she does what she does out of love. She is always afraid for her son, that he might be getting bullied, even though he is an adult surrounded by children, or grow up to be weird, although he is already an adult.

Despite her little screen time, she made quite an impression on a lot of people. Unlike most Japanese families, the mom is the bread winner in the house and it seems like the dad is at home. But when she is home she can be adorable to her husband and whips out wisdom and life lessons for her daughter Madoka, the protagonist. And that ending…. the feels.

Here is not something you see too often, a great grandmother in an anime. She is the matriarch of the main family in Summer Wars. Simply put, she is a badass grandma. She does have a playful side, but that is rare to see. She will protect her family from falling apart even if that means resorting to force and punishing kids who do wrong.

Aki is mother to the two protagonist in the series. She is a badass mom that is not afraid of anything and rides a cool motorcycle. She quickly shows that she is the matriarch of the family by dominating the aliens who are trying to invade her house and the planet, and she does this effortlessly. She is very loving of her kids, and is cool letting them have alien invaders for pets, and that those aliens are building a base in her house.

Yukari is mother of Kouki, Rin’s best friend. She is a single mother with an obnoxiously energetic boy who loves getting in trouble. Due to how close Rin and Kouki were, she acted as surrogate mother to Rin as well, like video taping Rin’s recitals, taking taking of her when she is sick, etc. And she does not go into weird territories like Daikichi, which is a plus for me. People give her smack for not dating Daikichi, but she made that decision despite her feelings for her son, because Kouki likes Rin, that is a decision I respect.

5. Katsuragi Mari from The World Only God Knows 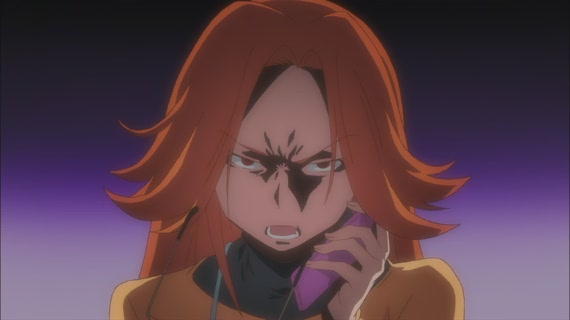 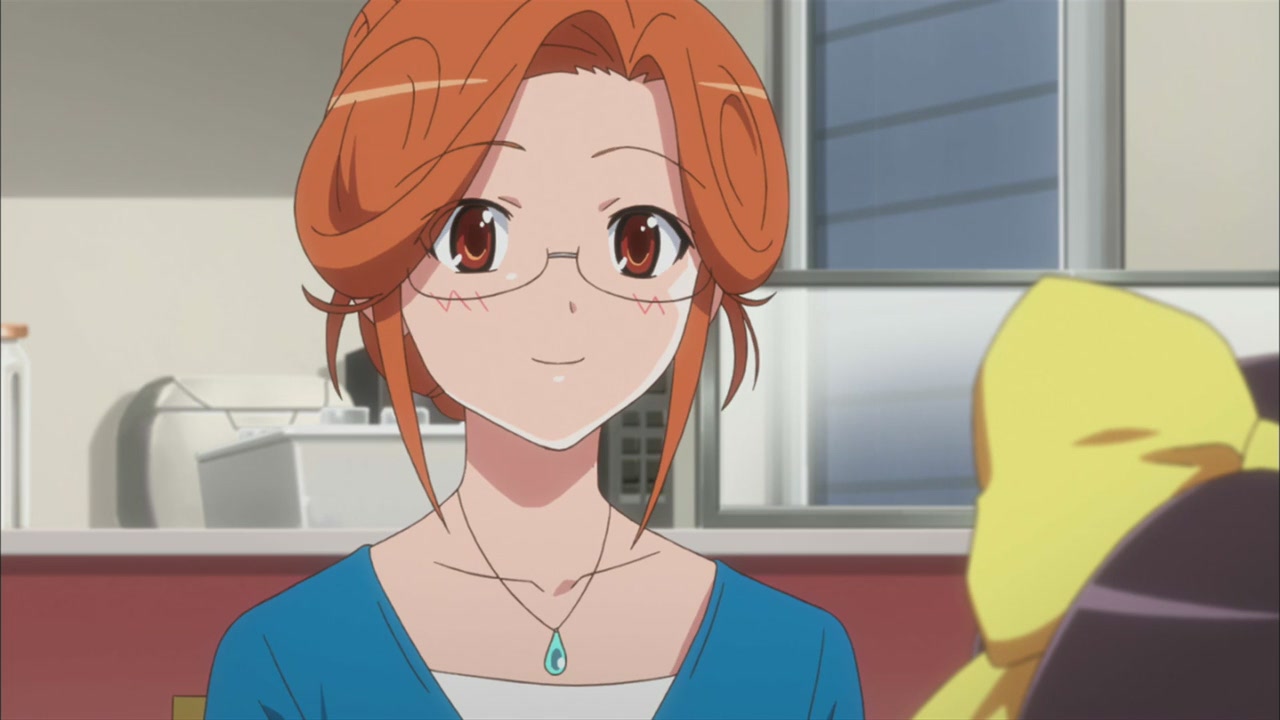 Yes, the two people above are the same person. She is the mother of protagonist and adoptive mother (?) to Ellie, the shinigami. She used to be in a gang of sorts during her younger days, and those sides do show when she is pushed around enough. She is very caring of her kids and tries very hard to stay cool headed. She is always worried that her son Keima will try to marry a video game character.

Hana feel in love with an werewolf and now has werewolf babies. Hana has to learn how to be a mom as well as learn how to raise werewolves in the modern age. She sacrificed her education, her job, and moved to rural area to better raise her children. She learns how to farm and live in the rural areas while learning about the wildlife to raise her kids.

She is the loving wife of Akio from the Best Fathers List. She is the baker of her bakery, but her bread is….. questionable. But her husband eats them out of love. She, like Akio, sacrificed a lot for her family and raised her daughter, as well as protagonist Tomoya to certain degree, and her grand daughter Ushio. And like Akio, she is very playful and loves to embarrass her daughter!

Teacher, badass, and mother figure to the Elric brothers, Izumi Curtis is a powerful Alchemist who raised the brothers to where they are. She, like Ed, has seen the Truth and is well aware of where the brothers came from and what they have to deal with. She had a miscarriage when she was younger and tried to transmutate her child back to life, and failed, and had to pay the price by never being able to have a child again. This might be why she was so protective of the boys, and they just light her face up. 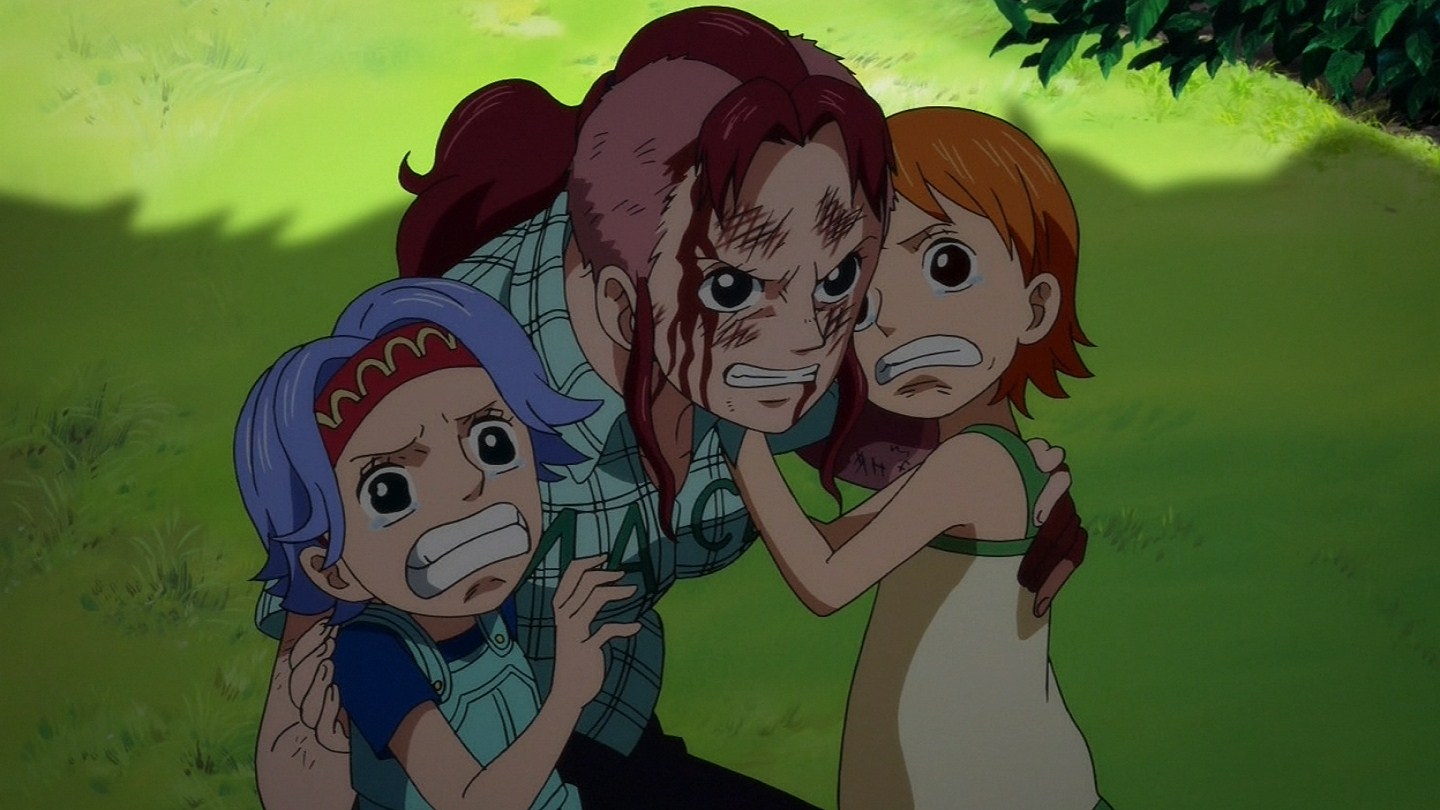 One Piece has a good number of role models, and Bellemere is definitely one of them. She is Nami and Nojiko’s adoptive mother. She rescued these 2 girls when they were babies, resigned from the marines to raise them, and sacrificed her life to let them live. Because of her sacrifice, Saw Tooth Arlong spared Nami and Nojiko from execution. Bellemere fully supported Nami’s dreams to map the world. She adopted them, raised them, inspired them, and protected them. Not too many moms can do that.

Well, I guess that is it for parents, at least for now. Hope you liked it!

8 thoughts on “Best Moms in Manga and Anime”