The anime started in October of 2015 and was made by Studio Madhouse. It has 12 episodes and currently 7 OVAs, unfortunately, I have not seem the OVAs yet.

Saitama is the protagonist of the series and the most powerful being in existence. He used to be a regular guy that wanted to be a hero. So he trained his ass off, 100 pushups 100 sit ups 100 squats and 10km run for 3 years, and somehow became god on earth. Here is his issue, he is now too powerful and all excitement of heroic deeds is lost to him.

Genos is Saitama’s student. Genos has the setting of the typical protagonist, you know the kit: tragic past, climbing ladder of hardships, learning from more powerful mentor, and determination.  He has a vendetta against a robot that destroyed his life and wishes to get stronger for that purpose. But, he’s not the protagonist. So he is in the sidekick role and is there to show how much cooler Saitama is. 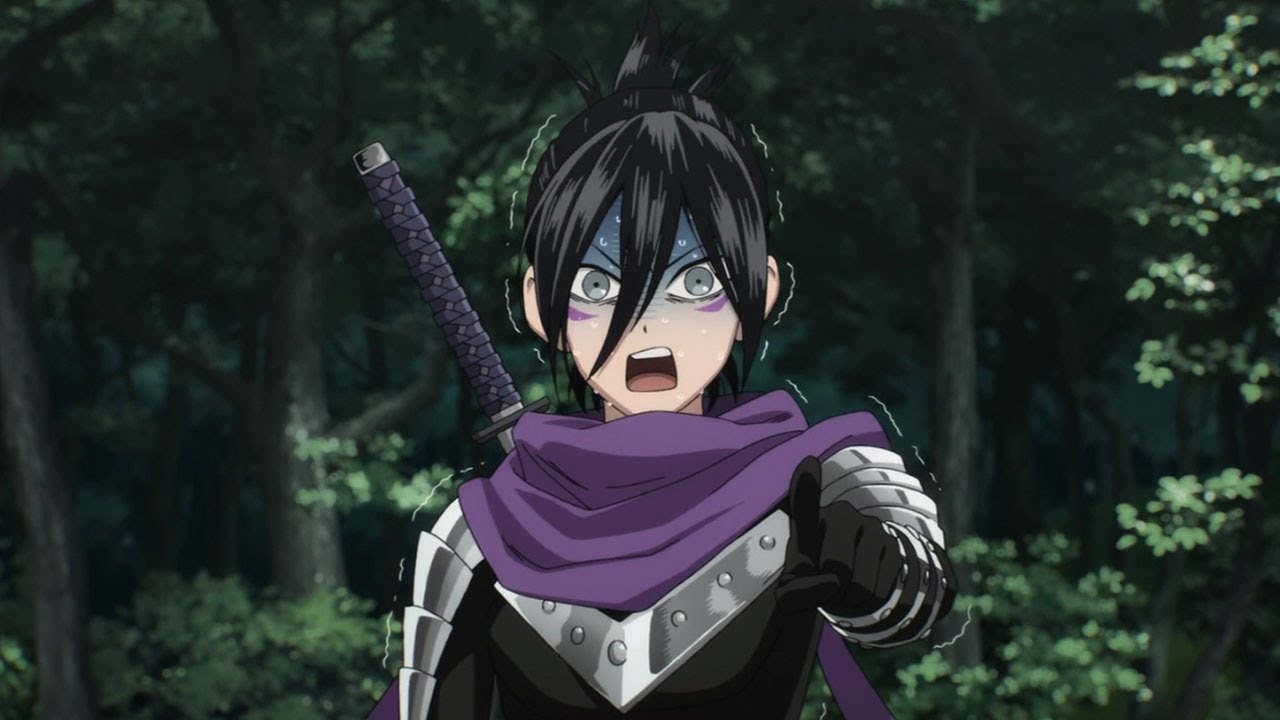 Speed of Sound Sonic is very redundantly named villain. I put him here not because he is the antagonist of the series, but the only recurring villain, as the rest die in one hit. He believes himself to be Saitama’s rival and one of the greatest villains. But he’s not, and everyone that knows Saitama knows it.

The series follows the events of Saitama the hero. There is not much of a plot as most enemies in the show go down in one hit as the title of the series would suggest. But the small stories it does bring is pretty good. 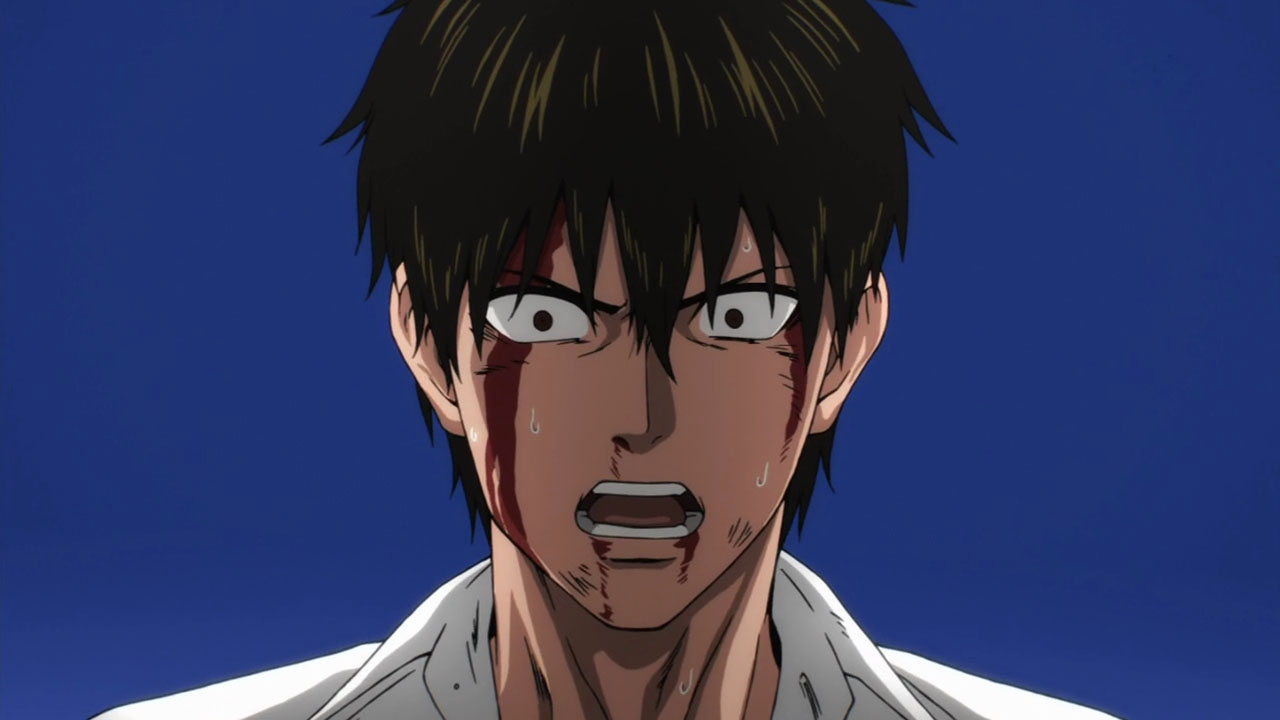 After realizing that he wanted to be a hero, young Saitama started training for his debut. Then he accidentally got too strong and now is epitome of power. And he now mourns his lost hair.

After achieving his power he is now a hero as a hobby. Then he realizes there is Hero Association, where is can be a hero professionally. So he decides to do that.

The bad thing about the show ….. well I guess it’s the story since it’s barely there. There is no real overarching plot in One Punch Man, more like string of little events that almost has nothing to do with each other.

Biggest drawback for the show is the core concept. Since Saitama is god in human flesh, there is almost no reason for the viewer to be tense in action scenes, which can be either bad or good. It’s good if you see it as a parody to mock other shows, but bad if you came here to get dramatic action that can be life threatening to the heroes. I personally have no issues with this, but I can see how this might be bad for some. I guess what I am saying is, the action is fantastic, but this is more of a comedy than shonen.

Let’s talk about Genos. I like quite a lot, and I feel that he can be really great. But, he is more or less used as the butt of the joke in many cases. He exists to make Saitam look good. He is there to lose so Saitama looks good, he’s a prop and nothing more. 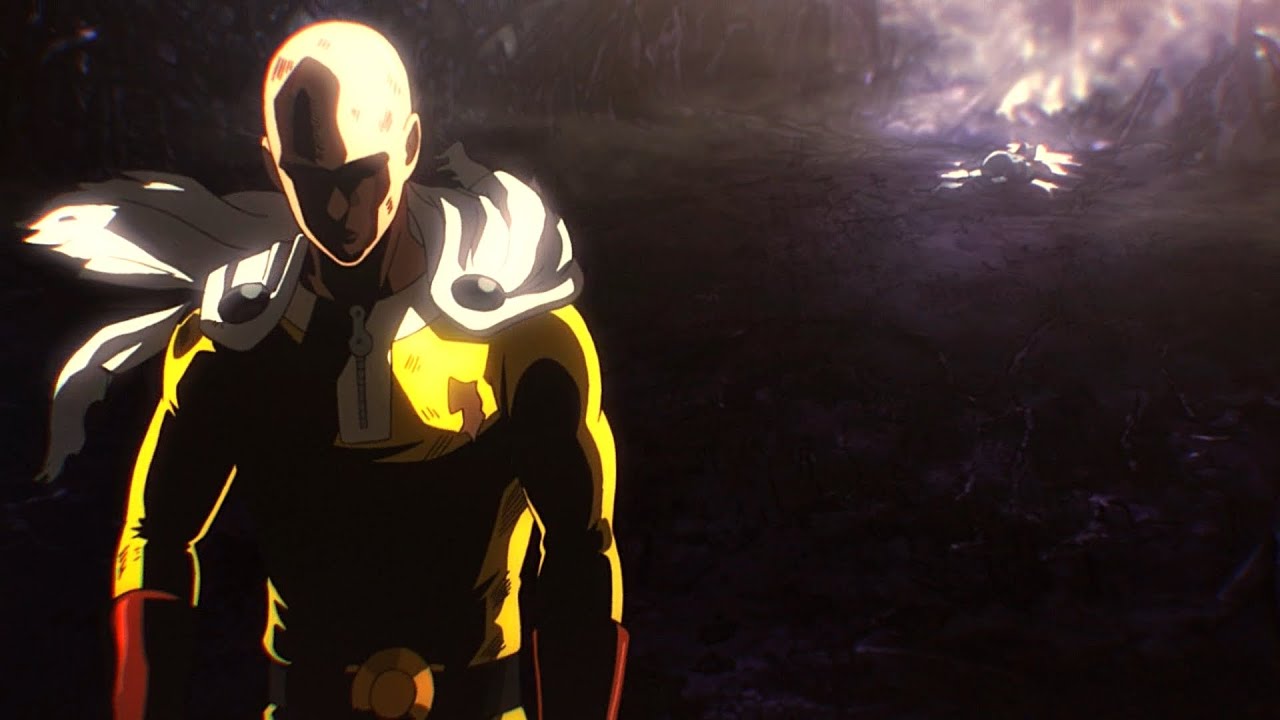 Let’s get animation out of the way, it’s fantastic. What more can I say? The actions are great and extremely smooth.

I have been a fan of the manga series way before anime was announced. I had my doubts, but this blew all of them away. And in fact, I was amazed in several parts. So here are some:

Manga is in black and white. So seeing the mosquito lady splatter over the building was just okay. But seeing this in glorious action and color was really something else.

This series is funny, and I mean that in the best way possible. This show takes slap stick to the next level, that being everything Saitama touches pretty much get obliterated to bits. And how little fcks Saitama has for things others see as important is great. Saitama’s nonchalant attitude makes so many characters look like they are taking themselves way too seriously, and that is great. I have no idea how many times I laughed, and this is considering I’ve seem them on paper before. 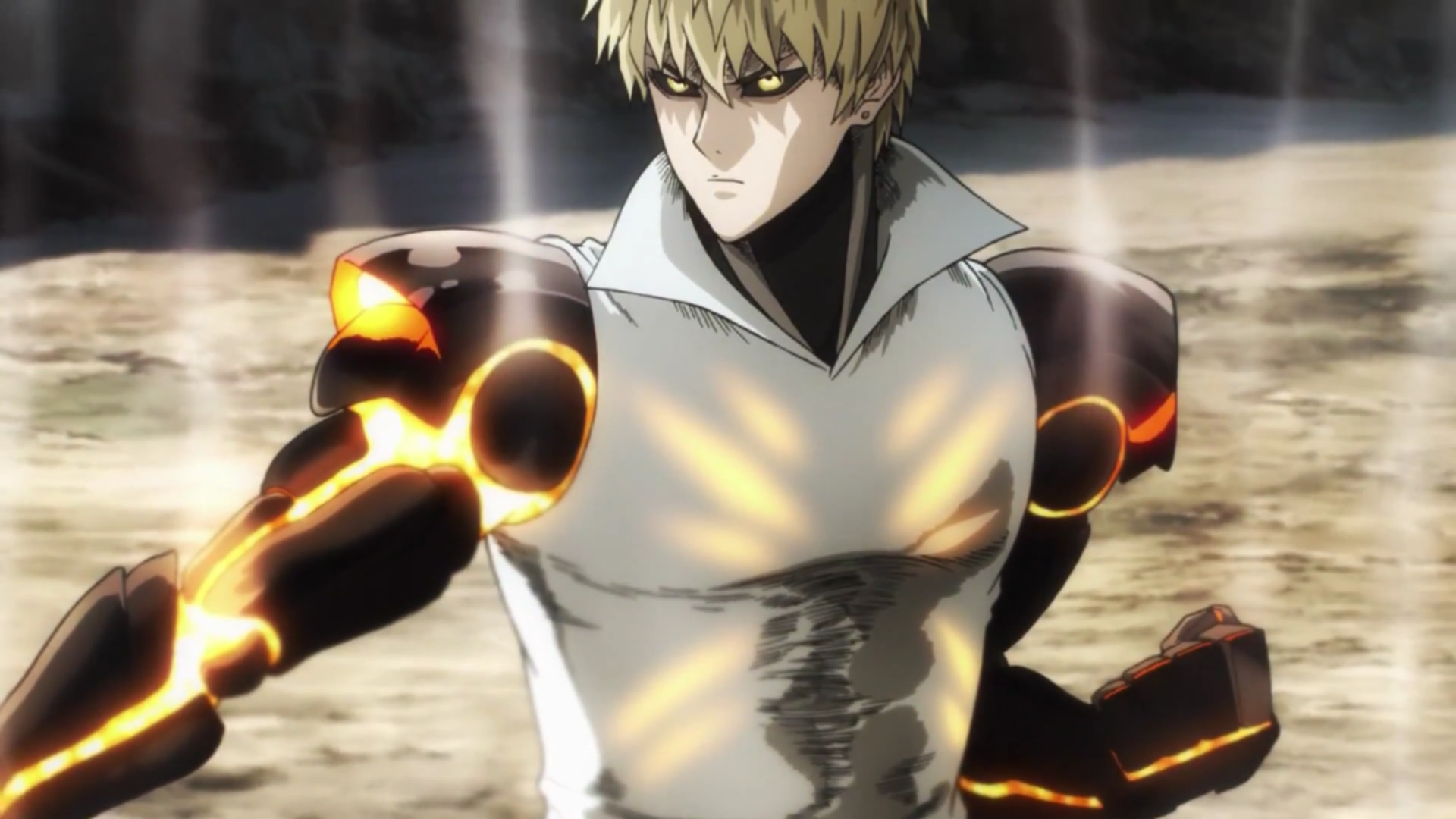 If you’ve been following me, you may know I am a huge fan of Murata Yusuke, as he did Eyeshield 21. And seeing his drawings coming to life on screen was great. My favorite has to be Genos as seeing his chest glowing is just beautiful.

The opening theme song… oh man, I like it a lot. I don’t know why, but every time I hear it, I just imagine this parade of muscular men carrying a throne where Saitama sits awkwardly as they sing song of power. It’s weird, but to me this song feel like tribute to purity of power.

As mentioned in the first paragraph, One Punch Man is an adaptation of an adaptation. And reviewing the 3 versions of the same story is indeed interesting. The one on far left is the original web comic by ONE, the author. The middle is the official manga adaptation illustrated by Yusuke Murata, and the art is freaking AMAZING. Lastly, the one in color is the anime adaptation that stuck so faithfully to the manga’s art, I was blown away.

Seeing color, movement, and voice on characters from the pages has never been as exciting as this for me. I love how consistent each of the adaptations are to each other. The three versions are identical except for the art.

I have a dilemma with adaptations. While being faithful to original sources may be a good thing, that also means that the fans of the original are only going to get limited amount of new information. On the other hand, if the adaptation is unfaithful, I feel weird as I know this is not the story I fell in love with. I might elaborate on this on some other post….

But for what we have here on One Punch Man, I loved the anime adaption, every second of it!

I am a fan of the manga series, and this was such a faithful interpretation. Seeing the animation perfectly capturing, and going beyond, what I had in my head was just superb. I don’t watch anime when it comes out on weekly schedule that much anymore, but this one, I made sure to catch every episode when it came out. I loved reading it, and I loved watching it!

Hope you enjoyed this one!