I just went to Pokemon Symphonic Evolutions in Palm Beach couple of days ago, and damn, it was a feelz trip.

I don’t usually go to live music events, so take this one with a grain of salt.

This was an adorable event, it started with cute poster in the foyer

And when we entered the auditorium couple of minutes before the music started, there were Guess that Pokemon playing on the screen and all of the children in the audience were screaming the names out, it was rather adorable. 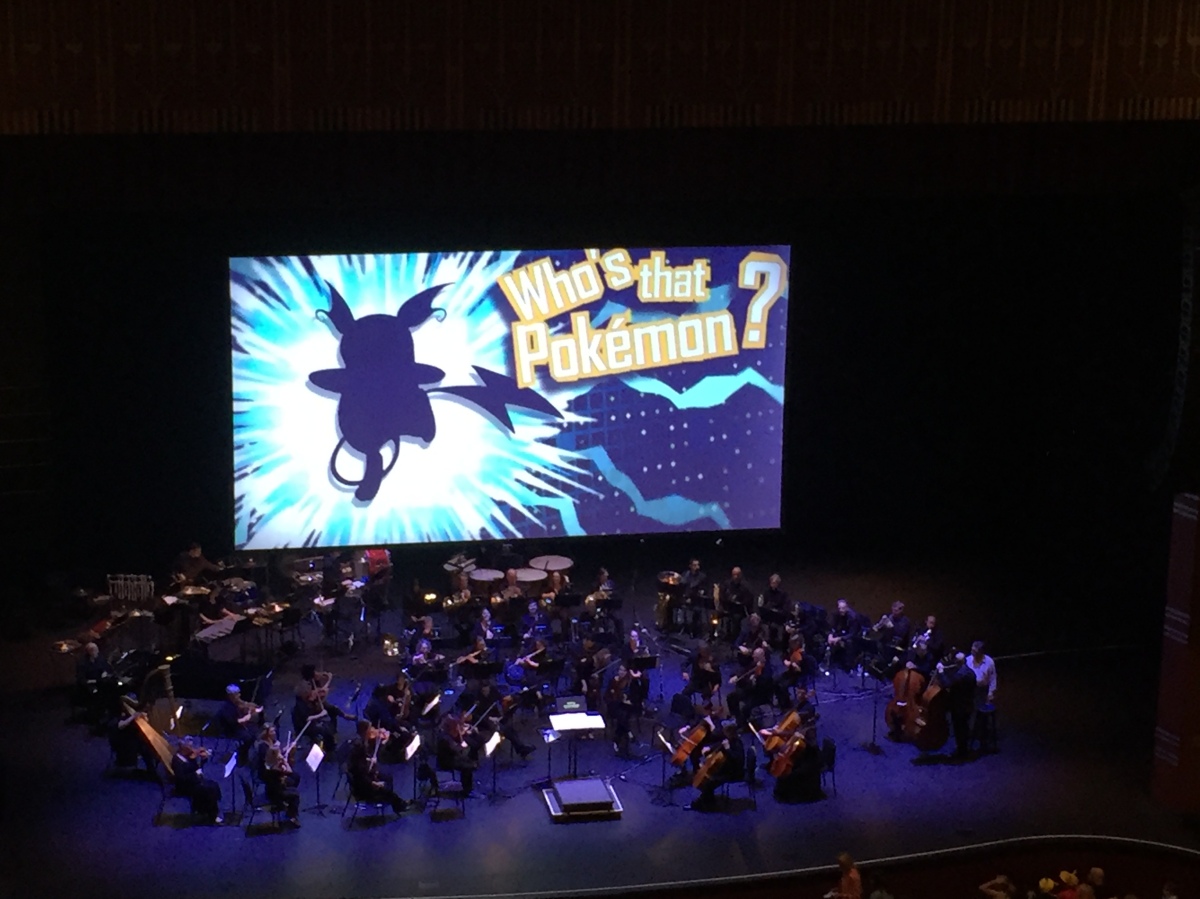 Well, those two are only photos I could take as photos were not suppose to make photos. Well, anyways, moving on.

The show plays several songs generation by generation, from Red, to Gold, to Ruby, to Diamond, to Black, and finally to X.

The entire event starts with the Pokemon Overture. Man hearing this done by an orchestra was something else, and so much feelz. If you’ve played Pokemon, you know this song.

Well, this is going to depend on your luck, but as you can probably guess, there were a lot of kids there. I don’t mind kids, but sometimes things are…. less than ideal. There was this girl, you, I guess can’t or was too lazy to read, so the mom was reading all the on screen texts to her, not loud, but enough for anyone in the earshot…. this was not favorable.

The spokesperson made a lot of cringey puns, I get it, there are kids here and some people like them, but these were too blatant for my tastes.

To me, the first 3 Pokemon generations were the greatest, generation 2 being the best of the best. Unfortunately, that meant for me, that the first 45 minutes of the event were the best parts. I enjoyed the rest of the music, but the later parts just did not blow me away as the first parts did. But this is me, i’m sure some people who are reading this started with the later gens.

What was pretty cool was seeing all of the kids so invested in Pokemon, and me realizing that these kids knew way more about the newer gen Pokemon than I did. I can tell you first 3 gens no problem, but after that, it gets rather shotty. But these kids, they knew it all, and this was a pleasant realization.

…, when that showed up on the screen, all of the older audience who played Gold and Silver collectively shat their pants, it was great, by far the most epic moment in Pokemon game history was relived through music. All these flashes of me playing it to reach for the heights were rushing back.

Being able to revisit parts of my memories that I had not thought about for long time was truly amazing, and I don’t think any other medium could have done this as effectively.

To say that Pokemon was part of my childhood is an understatement. I don’t know why, but ever since first seeing it, I have been obsessed with Gengar, it has always been in my super team every game. And in elementary school, where my motor skills were going somewhere, I started drawing Gengar over and over again, and now, I am a toy designer. Pokemon games got me into JRPG, my favorite game genre of all time. It got me to look into fantastic monsters and cultures. Without Pokemon, my life will probably be very different.

Well, that got more emotional than I expected, hope you like this,