“I am a Shadow… the true self” – Shadows, all major ones.

Persona 4 is the 5th installment in the Persona branch of Shin Megami Tesnsei series, confusing, I know. Persona 4 was released for the Playstation 2 in July of 2008. There was a PS Vita port, called Persona 4 Golden, that was released in June of 2012. 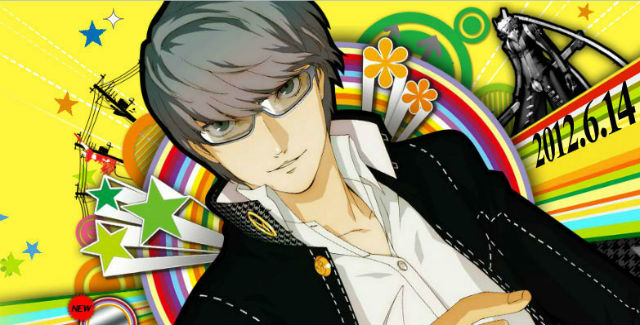 Protagonist is a transfer student to Inaba. Like many SMT heroes, there is not too much background to him and is a blank slate. He will be at Inaba for a year and live with his uncle. Oh, and he becomes the leader of high school detective crew that fights Shadows.

Margaret is the new attendant in the Velvet Room and is Elizabeth’s older sister.

After arrival of the protagonist, strange string of murders takes place in what was once calm rural town of Inaba. The protagonist and his group of friends gain powers of Persona and try to stop and capture the one responsible for these heinous crimes.

Gameplay wise, it is extremly similar to Persona 3.

Combat is pretty much identical to the previous game, Persona 3. The only real change is that instead of having 3 attack types: Slash, Smash, and Pierce, it is now just Physical attack. 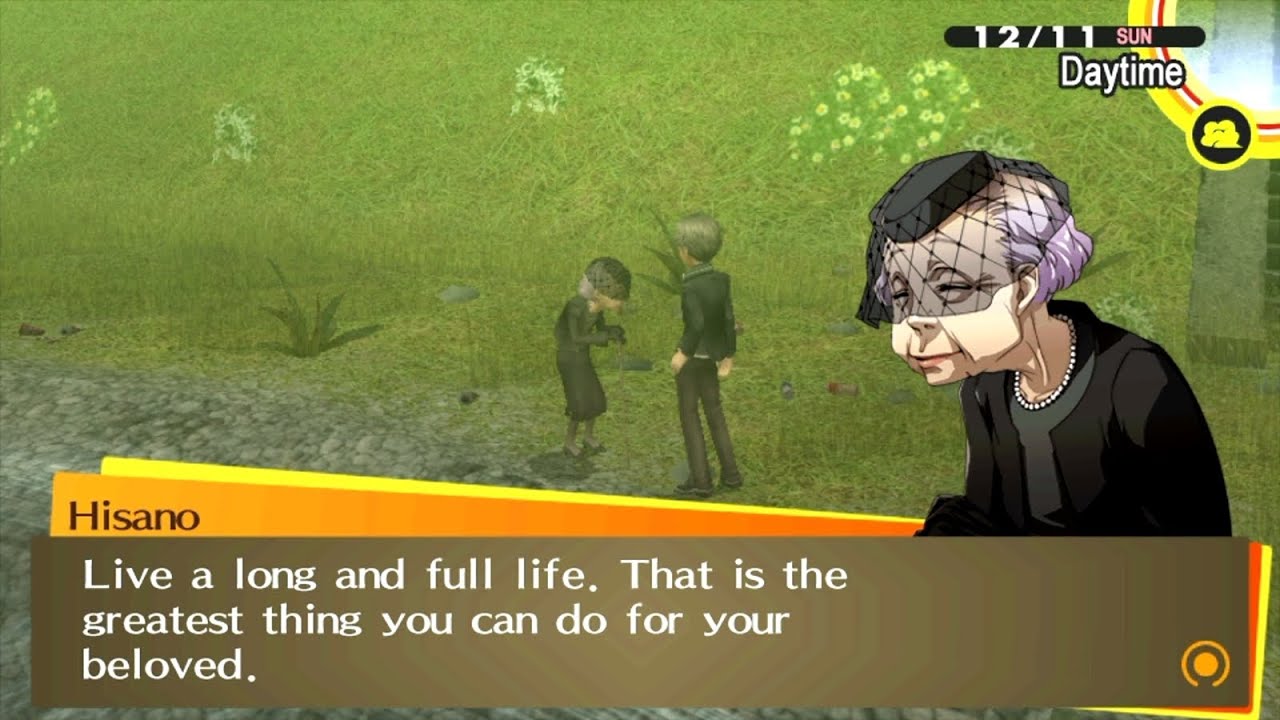 Social Links are back

Persona 3 was a huge risk as it deviated far FAR from the usual SMT games, and in contrast, Persona 4 played things REAL safe. Gameplay wise, it is almost identical to Persona 3, just done better with more content. 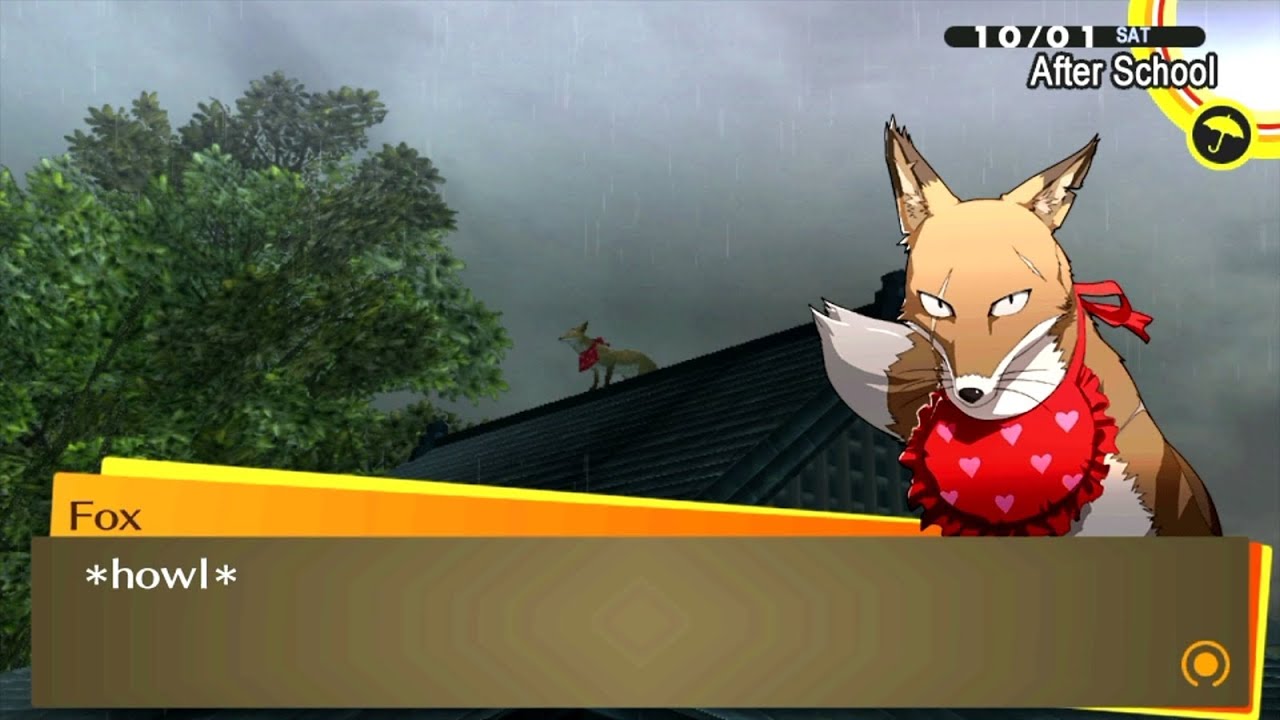 One of the Social Links in the game is with a fox. The fact that you can have a relationship with a fox is not a problem with me, but the shit this fox makes you do is. You have to catch bugs, find a dog, and catch the legendary sea guardian in a near by river. You had to do a lot of bullshit for this fox. Once I got the ultimate Persona for its arcana, I never went back.

Worst case scenario, it is more Persona 3, which is never bad.

I don’t think this is a spoiler. As the characters are solving murder mysteries, at the end of the game, you have to figure out who the true mastermind of all the murders that are happening. A list of names of everyone you met in the game appear and you have limited chances to get it right, or it can be game over. I thought this was great, you have to use your brain to find the real murderer. 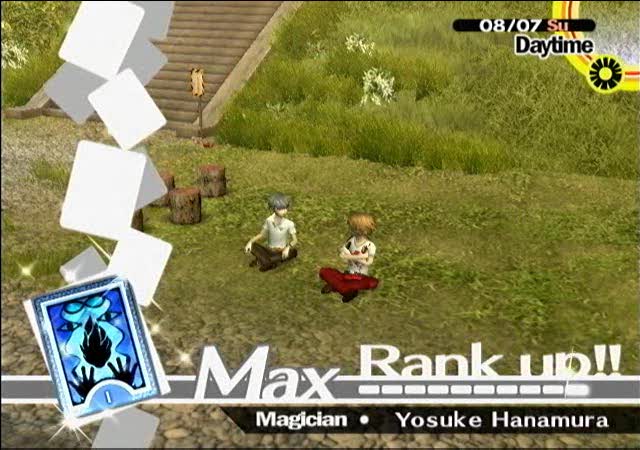 Kanji Tatsumi is like the best thing in the game. He is an innocent kid that is huge and wants to look tough, but is doughy as can be on the inside. He also tackles issues that many games tend to avoid/ wrongly approach, sexuality. Some of you might be groaning, but whatever. Kanji is a teenager having a complex identity issues: am I gay, is it okay for a big guy like me to like teddy bears and sewing, is it okay to be afraid or girls and their judgmental views, do I have to follow the stereotype that society dictated for me? These are all real questions most people have to face to become an adult. I, for one, was somewhat embarrassed by the fact that I like toys, especially cute toys, at my age, but I accepted that, and somehow I design toys now. Kanji’s issues start with “am I gay?” but goes much deeper, way more than any of the other characters, to something more like “what make me Kanji, and how do I come in terms with that?”. Not to mention he is hilarious and steal every scene he is in.

Golden version of the game adds a new chapter and 2 new social links. I won’t say exactly who the latter one is, but it it is a great addition.

The bigger part of new content is Marie’s story. Marie is a new character exclusive to the Golden version. Like Persona 3’s FES, this adds more to the story and a dungeon to explore. This was a fun addition.

The Golden version also removes the randomness of the skill inheritance from the previous games, as well as add in Skill Card system to give your Personas more room for customization, I like these changes.

Persona series always had good music, and this is no exception. The songs are great, here are some of my favorites: Fog and Heaven. The new musics from the Golden version were good too, just not as memorable….

I spent 140 hours on this game, and like before, I loved every minute of it. I think I actually 100% the Persona Compendium, so go me. This is a more refined version of Persona 3, no major risks were taken, but it was still fun.

I loved playing this game, and made it worth getting a Playstation Vita. I hope you liked this one!

One thought on “Persona 4 Game Review”