In light of recent eclipse, I’ve been thinking about moons. Moon has always carried a mystical and mysterious aura, and here are some moons that took this to a new level. Since I couldn’t come up with 30 different moons for different categorizes, this is moons from games, anime, and manga. 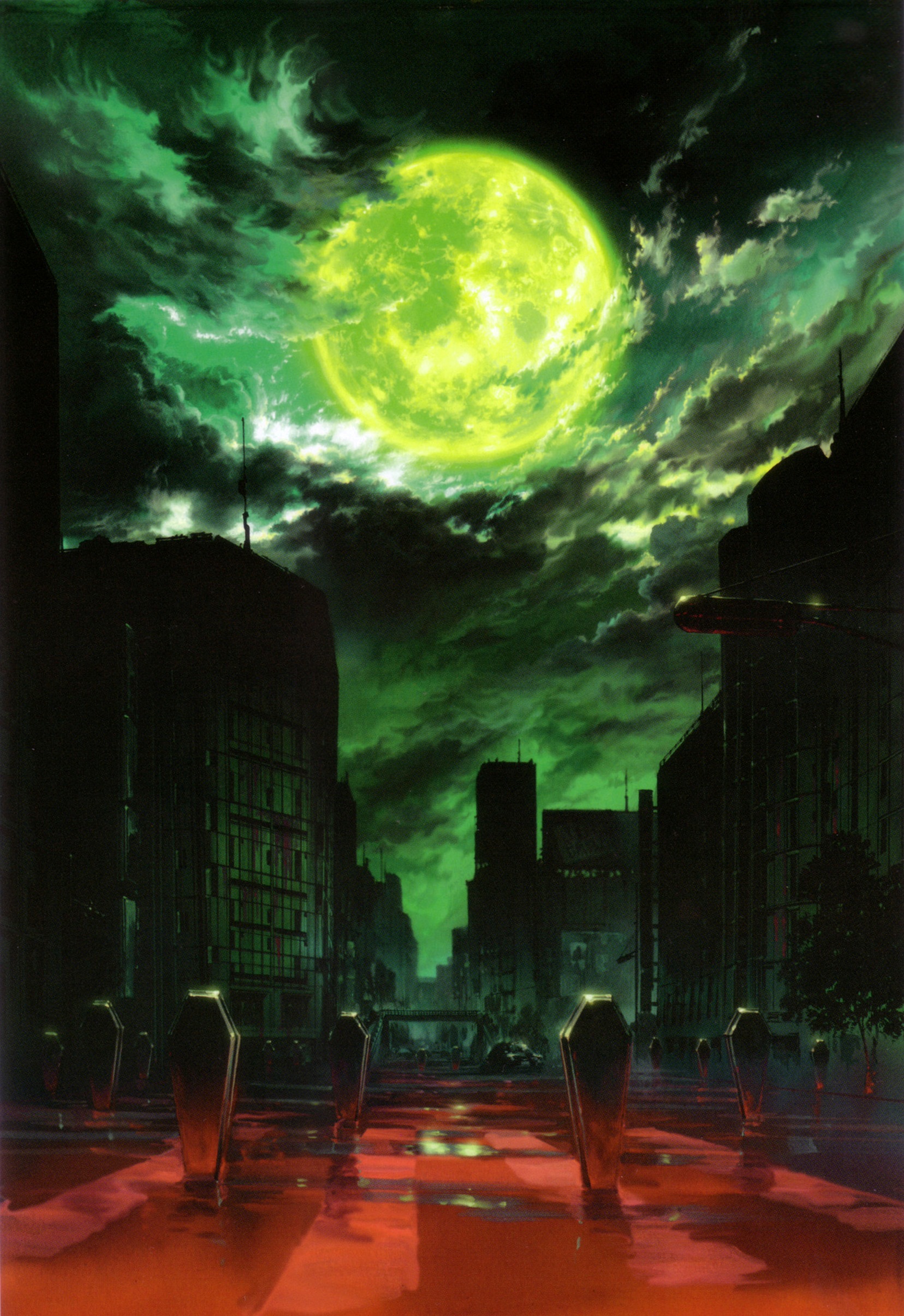 There is nothing too special about the moon from Persona 3, but what it represents is something else. In Persona 3, there is a secret 13th hour after midnight, the Dark Hour. During this time the sky turns green and the moon has this yellow-green tone that just evokes the atmosphere that something isn’t right. And during the full moon, the complete moon signifies the arrival of a powerful Shadow.

9. The Eclipse from Berserk

Not really a moon, but an eclipse, most fitting on the list I guess. In Berserk, when you wish upon the red Behelit, the eff of the king, the eclipse happens and the world becomes living hell, literally. Land becomes flesh, demons roam the earth, and the angels of God Hand grants you an audience and a wish.

This is just a regular moon, a moon with a really cute, and somewhat very personal message engraved on to it for the world planet to see.

If you know what this is about, you know why it’s here. If you don’t, I don’t want to spoil anything. But great moon!

Hear me out, what if the moon had a face, and can become a mech. Well, that is what happened. In Gurren Laggan, everything has a face, so why not the moon also. More seriously, the moon is a satellite base for the enemy of humanity, the Anti-Spirals, and it counts the human population and reacts once the threshold is met.

I don’t talk about Minecraft all that much, but it has one of the most distinct aesthetics, everything is cubic. So why would the moon, and the sun for that matter, be an exception. So here is Minecraft’s cubic moon. 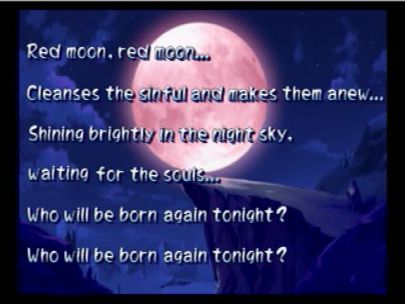 I believe I talked about this a few times but I will again. The Prinnies of Disgaea are resurrected souls of sinners who are repenting for their crimes. They work for demons and once they collect enough money, they get a chance for true resurrection under the Red Moon. The Red Moon signifies cleansing of the soul and rebirth without sin. And a chance for final good byes.

Bloodborne, and pretty much all Souls games, have great atmosphere. And the Red Moon from Bloodborne really set the mood for the game. Unlike the Red Moon from Disgaea which signifies purification and departure, this one is completely different. Just look at its face. It’s so happy, and bleeding. It is funny looking and also kind of creepy. As the story goes on, the face of the moon changes…. nice! 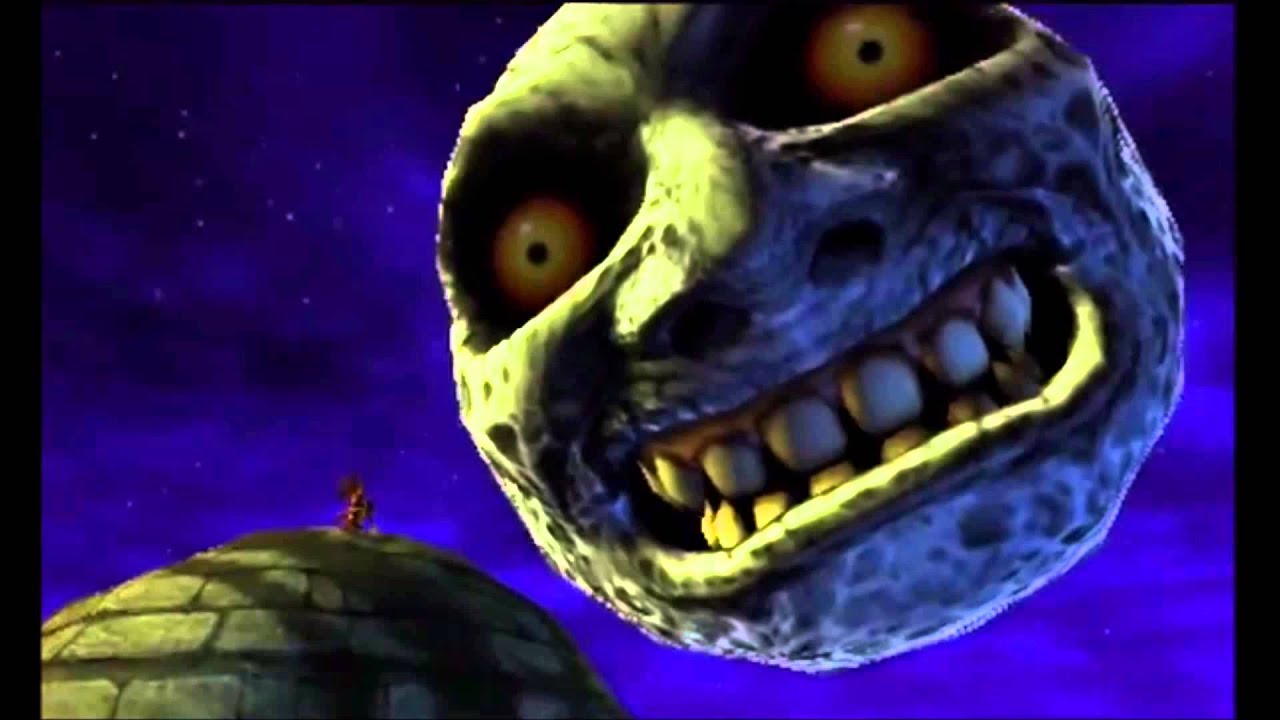 This one is a classic and has to be my favorite media moon. It is absolutely terrifying. It does not symbolize death, it is arbiter of death itself. This terrifying face creeps closer and closer bringing end of all living things to their end throughout the game. Worse yet, it is visible whenever and wherever, a constant reminder that time is running out.

I hope you liked it! Let me know if there are any other moons that made an impression on you!

5 thoughts on “Top 10 Memorable Moons from Manga, Anime, and Games”