Kono Bijutsubu ni wa Mondai ga Aru aka KonoBi, or This Art Club has a Problem, is a slice of life anime based on manga of the same name written by Imigimuru. The anime adaptation was made by Studio Feel and ran from July to September of 2016, the series consists of 12 episodes.

Usami Mizuki is the protagonist. She is a member of the titular art club and probably is the most normal member of the group. She is a classic artist, painting and drawing things you would expect from an art student. Her major thing is she has an obvious crush on Uchimaki.

Uchimaki Subaru is the second main character and object of Usami’s love. He is a hardcore otaku that only has eyes for anime girls. He is an amazing artist, but his quirks are hard to overlook as he draws to create the perfect bride.

Story is real simple, Usami has a massive crush on Uchimaki, but she is a tsundere so she can’t ask him out. Uchimaki is an otaku that lives for anime and seemingly have no interest in 3D girls. They are in the same club and love might be born (?). 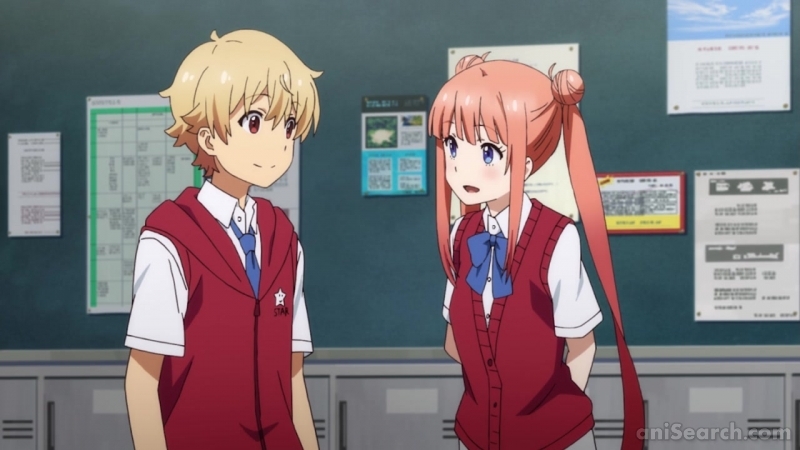 I can’t help but feel that Imari Maria was wasted in this season. She entered the show too late and did not have anywhere near enough screen time to make an impact. Was her character suppose to be a rival of love for Usami? If so, she spends very little time with Uchimaki to be of any threat. Was she suppose to be Usami’s friend? If so, she spends even less time with Usami to make them feel close. Is she suppose to be the wild card? If so Uchimaki fills that role by being an otaku and Colette is way weirder than she is. I thought her addition was neat, just not sure if it served any purpose.

Imari is my biggest problem, but she is only one. The club leader also serves almost no purpose other than being there for formality and occasionally mocking Usami in her inability to make a move, which her friends do already. This show has a lot of characters that could be interesting, but does nothing with them. The club head, the club advisor, the ex-club advisor, the male rival, and the other teacher…. I feel like these characters could’ve been condensed to like 2 characters who served more purpose and be more interesting. There was an overflow of cast that did not have that much character.

If you read like 30 percent of the stuff on this blog, you know I love cute things, and this show is definitely full of cute characters. From the main cast to the side chacters, they are all pretty adorable. Even the nice old teacher seems friendly and want to have tea with.

If you’ve read my other reviews on slice-of-life animes, you know I don’t like bullshit last minute plot climax at the end of the series. Unless you are like the Dragon Maid, who did spray hints that the climax was coming through out the whole series, you should not add just drastically different atmosphere for the last episode. I am happy to report that no such bullshit occurred in this series. I give it a point for avoid bullshit.

What holds this show together is not its comedy, its plot, nor its visuals. It’s Usami. The entire show is about her. Whether it is her over analyzing her interactions with Uchimaki, her being self conscious about random things, or her friends supporting her. No, she is not the most complicated character, rather stereotypical, but she was the best part and the most important part of the show. unlike shows like Gabriel DropOut who had complete lack of focus, KonoBi knows its focus and knows how to strengthen it.