Final Fantasy III is the third FF game from Square. Final Fantasy III was released in 1990 for the Famicom. A remake was done in 2006 where the entire game was redone in 3D chibi style, and this was later ported to a lot of other platforms including the PSP. I played the PSP version of FFIII.

Luneth (center right), Arc (far right), Refia (center left), and Ingus (left) are the protagonist and Warriors of Light. Their characters are….. there. Luneth is… stereotypical hero guy… Arc is a coward that learns to be not a coward, Refia a girl that likes to disobey her dad, and Ingus is a knight… 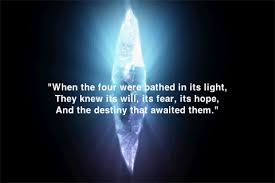 The story starts with Luneth accidentally… I mean by fate…. finding the crystal. The crystal says that Darkness is coming and Warriors of Light have to prevent it. Who or what Darkness is, is a mystery. This is pretty much the whole game. 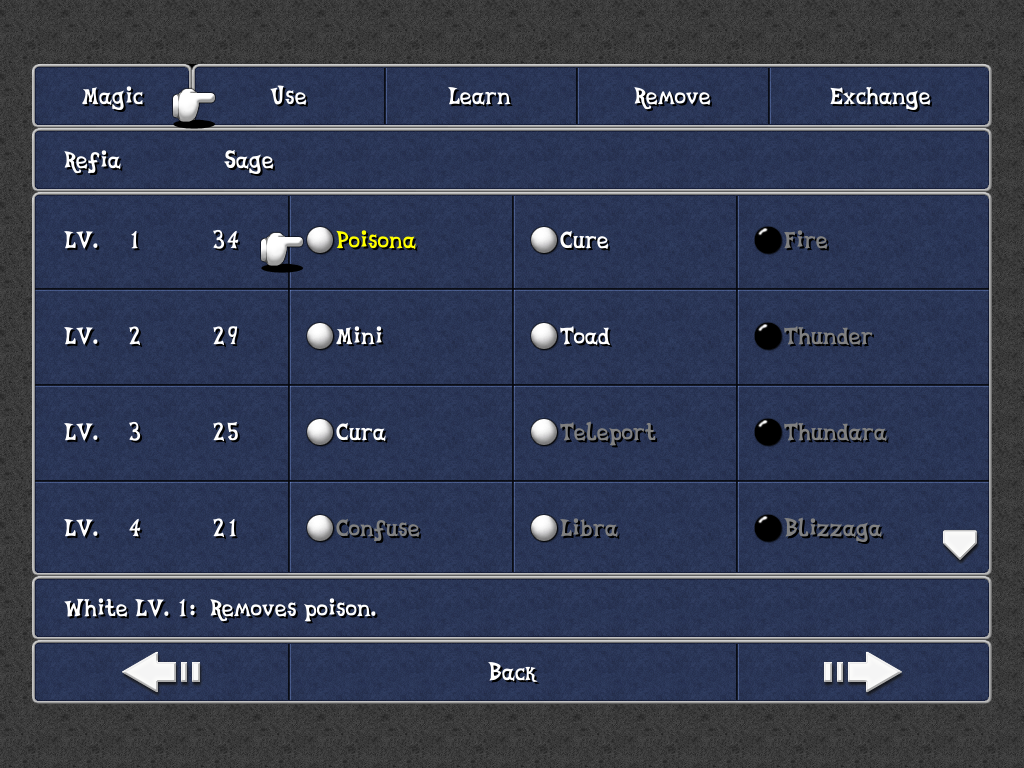 The game gave me a lot of flashbacks to the original Final Fantasy, and one of the major thing for this is the magic. While the Final Fantasy II used the traditional MP system we are used to, FFIII seems to go back to the categorized magic counters, rather than having a total MP pool, they are separated by magic.

The big changed FFIII brought to the series is the Job system. While FFI had classes and FFII was more stat based, here the characters can switch in and out of jobs as they please. Some notable jobs include classics like Black, White, and Red Mages, Warriors, Monks, and Dragoons, as well as new classes like the Vikings, the Bard, and Geomancers.

Final Fantasy III introduced the Summons to gameplay. While Bahamut was in FFI and Leviathan showed up as a stage in FFII, there were no summons, and that changed with this installment. From this point on, Summons have been a staple in Final Fantasy universe. The weakest thing about FFIII is probably the story and the characters. At least in FFI, it was pretty clear that the gameplay came first and the story was direct. And the story of Final Fantasy II was at least pretty clear in what the goal is. I am not saying that story needs to be simple but knowing what the heroes of the story are striving for is pretty important. The original Warriors of light went on a journey to stop the four fiends, the Rebel Army of FFII stopped the Empire from destroying the world. The journey of the heroes of FFIII is that they are chosen, and must save the world. What are they saving the world from? Who or what is causing this destruction? How is this destruction happening? By the quarter way into the game, you find out oh, there is a bad guy orchestrating this. Until this point the heroes are guided by extremely vague objectives. This wouldn’t be such a problem if it weren’t for the more complete story from FFII, they did good before, what happened here?

This game actually made me appreciate the subtlety in FFII. In FFII, when travelling the overworld, you will see Imperial Airships flying across the sky, all over the continent. Subtly showing how large and aggressive the Empire is. But FFIII, things were so vague, it seemed like following bread crumbs.

The main villain’s name does not come up until about 2/3 into the game. And the main villain himself does not appear until the final dungeon. He has about 4 lines of dialogue before being defeated. So yeah, that is our main antagonist.

This might be a personal taste thing, but when a character changes Jobs, their stats lower for a set amount of battles. I am not sure what the point of this was. The whole innovation of FFIII was that it had a lot of jobs that the heroes can switch in and out of. But I can’t help but feel that this punishes you for experimenting with different team composition. The length of these downtime is not long, which begs to question then why have it at all? 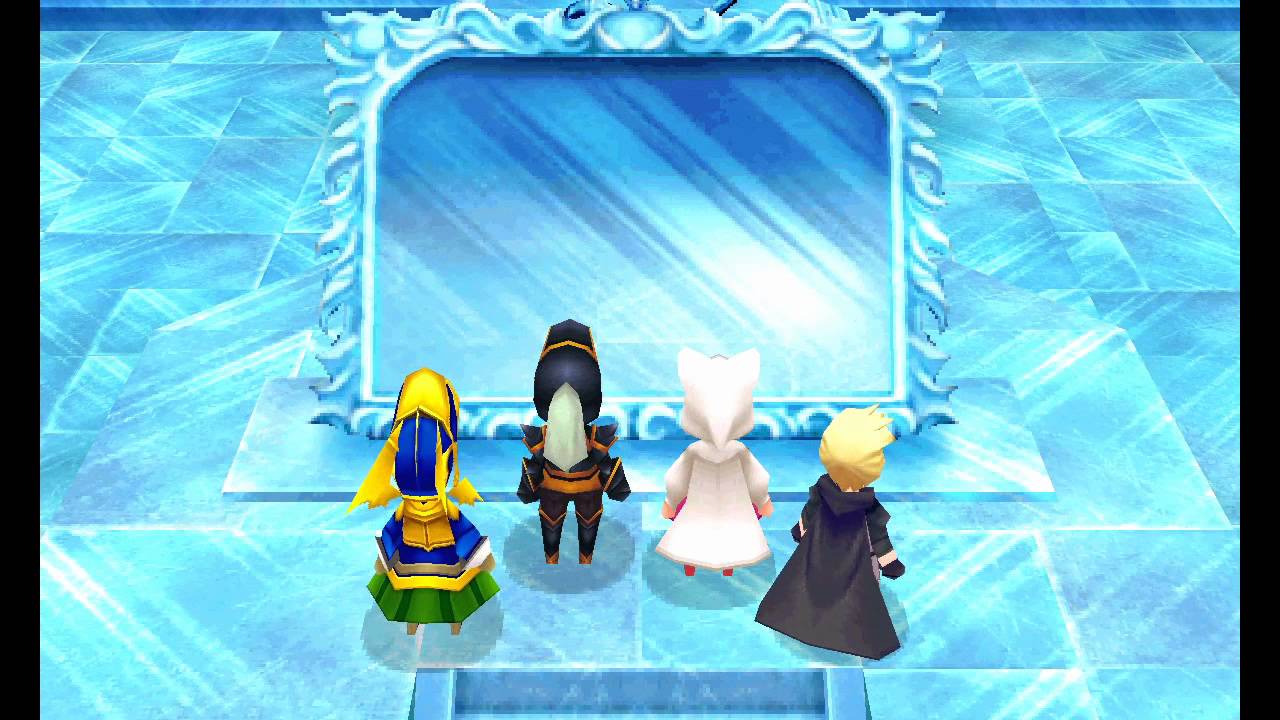 Maybe someone can explain this to me, but it seemed that the order the characters make their move seem somewhat random. In most cases, this was fine, but during boss battles or some longer battles, the order the characters go started to change. My Theif was the fastest, so he usually went first, but sometimes, the boss attacked first and the boss went last. But the boss and enemies are not the biggest issue. Sometimes, this applies to the party. I found my White Mage/Devout going first and like third… making timing her of White magic a lot more difficult.

This is more specific to the DS version and forward, the graphics for the cut scenes are insane! I had no idea that the Nintendo DS (not the 3DS) was capable of such fidelity. Sure today’s console games all look great, but this is on the freaking DS. I was blown away.

For those of you who read some of my other stuff know I love cute things, and the character designs for this game is just freaking adorable.

While I do not understand punishing the players for changing classes, the fact that you can do this is great. While FFI locked you into 4 classes in the beginning of the game and FFII completely removing it, I think FFIII found a nice comfort zone in being flexible without being hard to organize. This also shows that even after a sequel, Square is experimenting with gameplay, which I love.

Unlike the previous games, and many of the later games, the airship of FFIII goes through multiple steps of upgrades. While you get an airship early in the story, there are limitations: cannot fly over mountains, can only land in water, etc. And seeing how the airship upgrades was a refreshing change of pace.

One aspect I really liked in FFIII, is that the dungeons are rather short. Each dungeons can be beaten in like 10-15 minutes. Even the final dungeon in the game took me like 10 minutes to go from the entrance to the boss. Because of this, exploration was nice as I pretty much memorized the map by second or third go through. Since you cannot save in the dungeon, the shorter travels were a welcome change. 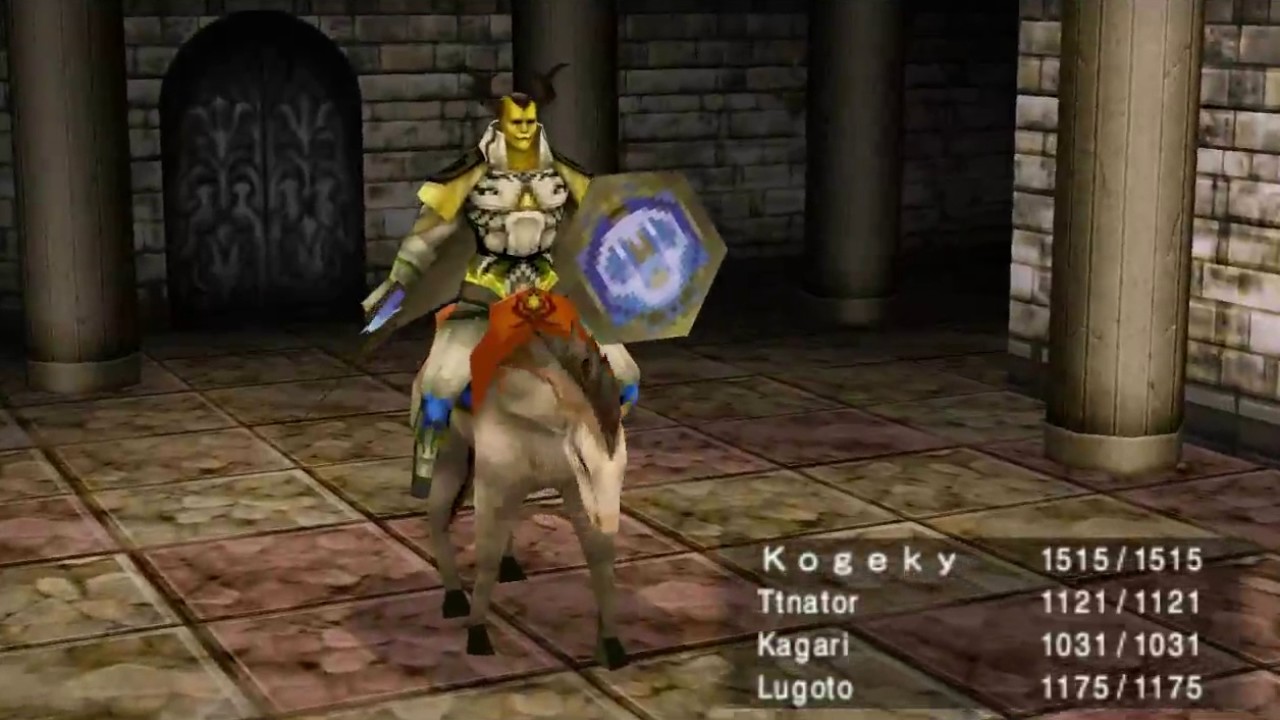 FFIII has a load of optional bosses, ranging from secret summonings like Bahamut and Leviathan, to ones that have direct impact on the story like the endgame bosses. Seeing how the optional bosses tie into the main story and have impact on the battle was interesting to see, and would like to see more like this in the future.

With this, I conclude the NES era Final Fantasy games, although I kind of cheated by played the remakes rather than the originals, meh. Seeing how ideas developed and evolved to what Final Fantasy games are like today is pretty amazing.

While the stories of FFI and FFII were better, the gameplay of FFIII was damn solid. That mixed with its presentation made this an enjoyable experience. Of the 3 NES era games, FFIII is by far the best when it comes to gameplay.