Whether you are SMT masterrace or Persona fans, you have to agree that the designs that go in the creatures are fantastic for the series. I wanted to share my favorite Persona designs from the series. Please note, I limited to this list to Personas that are exclusive to the Persona series, so you will not see Beelzebub or Lucifer here. So let’s start! 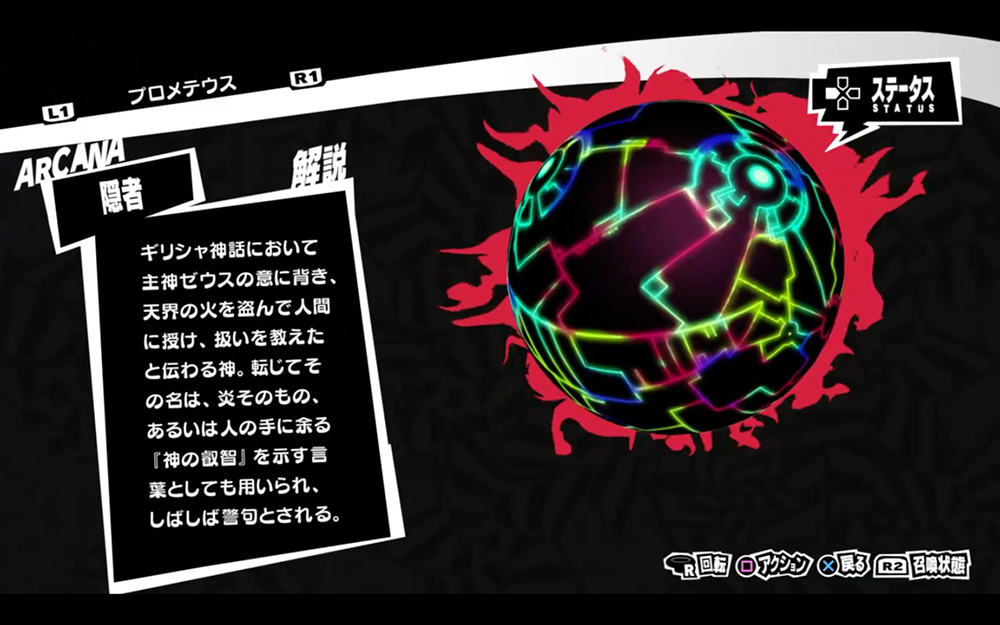 The newest Persona in this list is Sakura Futaba’s ultimate Persona, Prometheus. Futaba’s role in the story is that she is bringer of forbidden knowledge, and her initial Persona, Necronomicon fitted her as it was book of evil info, but Prometheus takes it to a new level. A titan that stole fire from the gods for the men, how could it be more fitting.

Konohana Sakuya is Amano Yukiko’s initial Persona. Yukiko always hated her name, “snow girl,” something quite and melts away, she didn’t want to be just that. Konohana Sakuya embodies her fiery will and desire to be seen. 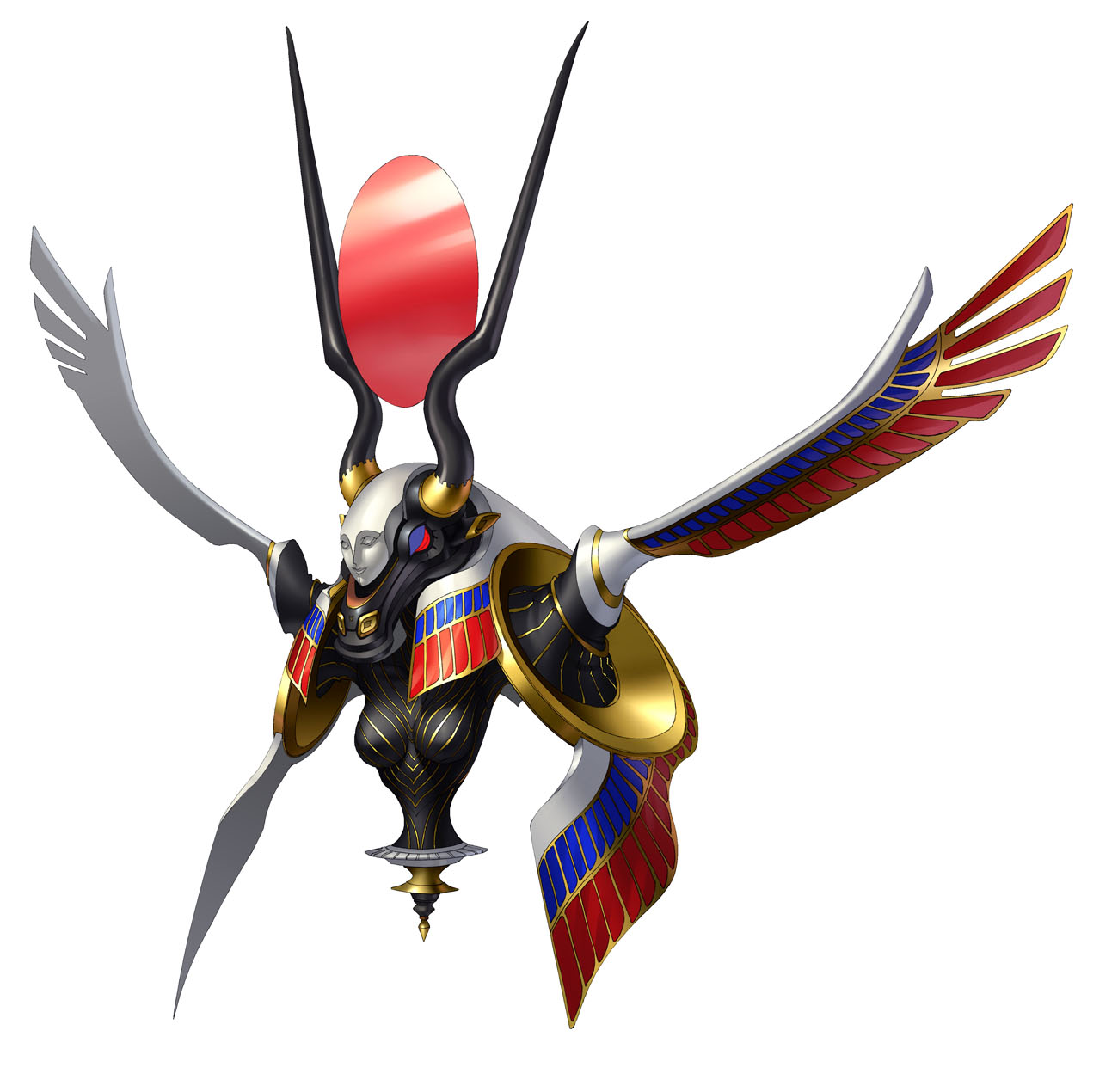 I love this design. Isis is Egyption goddess of health, marriage and wisdom. It takes the cow inspiration from its previous form, Io and ascends it into more symbolic look. This design is both human and very inhuman.

Venus is the ultimate Persona for Lisa Silverman. Taking themes from the bubbles and seashells of Aphrodite’s birth, the design gives a completely new look to the goddess of love.

Helios is the initial Persona for Suou Katsuya. Like his little brother’s Persona, Helios is also God of Sun. Although I have not played Eternal Punishment yet, I’ve always liked this design. Just look at it, it’s a classy cat.

Nike is Eriko’s initial Persona. Based on the famous sculpture, she is missing her arms. Nike is goddess of victory, someone you want on your side. Her chrome look surprisingly matches well with her ancient Greek inspiration.

Apollo is Suou Tatsuya’s ultimate Persona. Apollo’s sleek and simple design is just gorgeous. While not as flamboyant as some of the later Personas in the series, its colors and collected look is great. Although upon further review, his chest is the flag of Imperial Japan, which as a Korean makes me feel weird….

Kaguya is a new addition to the Golden version of Persona 4. She is the ultimate persona for the Aeon Arcana after you complete Marie’s Social Link. For those unaware, Kaguya is a princess from the moon that was found in a bamboo. Her cape is multi-layered, like sheets of bamboo barks, her face and antennae gives her this alien look, touching on her extraterrestrial origins. Not surprisingly, this looks very similar to Kaguya from Ookami.

2. Izanagi no Ookami from Persona 4

While design for Izanagi is more classic, he was far too weak and limited to be a great persona, Izanagi no Ookami on the other hand is a different story. If Izanagi looked like old school Japanese school thug, Izanagi no Ookami is modern detective. Now holding a sword instead of a knife, nice golden tie, he is here to find the truth.

Without a doubt, this is my favorite. Actually, remembering back, Thanatos’ design alone was what got me interested in the Persona series in the first place. I love mechs and I love dinosaurs, so having a metal dinosaur who is also the god of death was a dream come true for me. Also, he was my main Persona in Persona 5, cause DLC.

I hope you liked it! This was a hard list since there are so many great design works from this series. I had to leave out so many I liked. Let me know which Personas are your favorite!