A while ago, I did a Top 10 Memorable Moons from Manga, Anime, and Games. Here is the counterpart, the suns!

10. The Sun Cult of Enen Shouboutai

This one is a bit vague, so I will place it here in number 10. In Enen no Shouboutai, there is this religious cult around the power of the sun, since fire is such a big element in the series, this makes sense. Here, the sun provides energy as well as worshiped, and there are people trying to literally burn the planet. The atmosphere created by the sun is rather interesting. 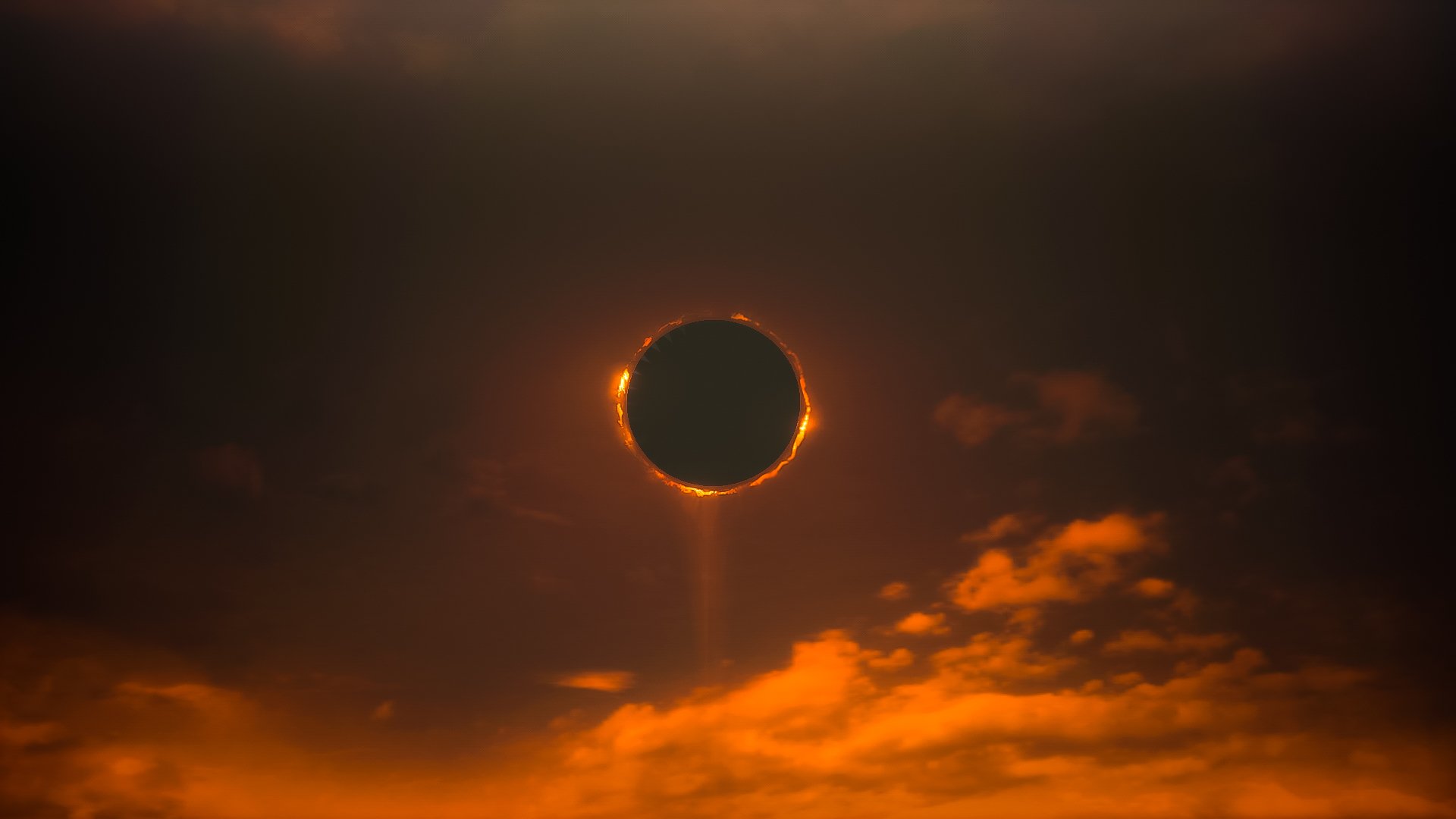 While the moon from Bloodborne is iconinc, Dark Souls III’s sun makes its cover. Dark Souls III is about fire, and this red ring in the red sky definitely fits in the atmosphere. 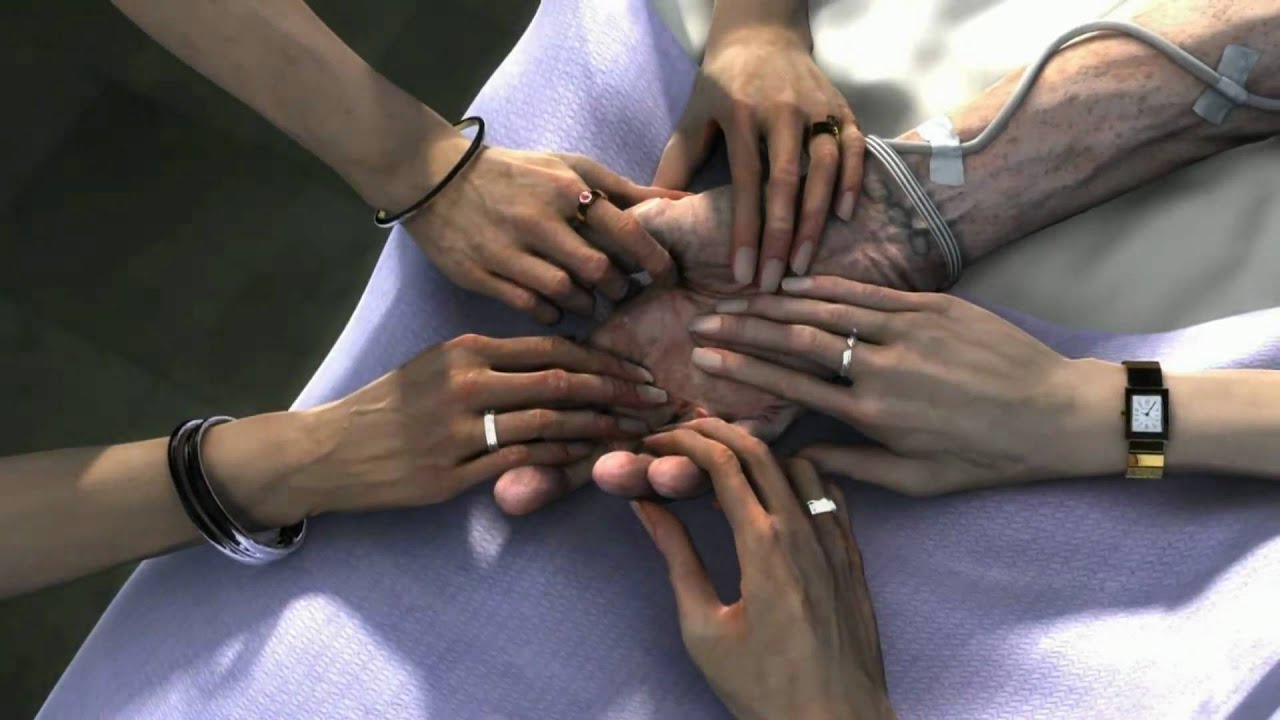 If you know anything about BioShock, it’s that it takes place in underwater city of Rapture. Being below the surface, there is absolutely no natural light in Rapture. So when you do see the sunlight at the end, the whole atmosphere changes from claustrophobic to refreshing.

This one has no real meaning behind it, it’s just absolutely breathtaking. Almost every play session, I stop to admire the sunset. Here is a hint, turn off all the HUD and just take in the view.

The world of Undertale takes place beneath the surface. So many of the characters of the Underground want to see the sun as many has never scene it. Throughout most of the game, it is rather dark and desaturated in terms of color, and when the sun comes up, oh boy.

5. Mark of the Sun Pirates from One Piece 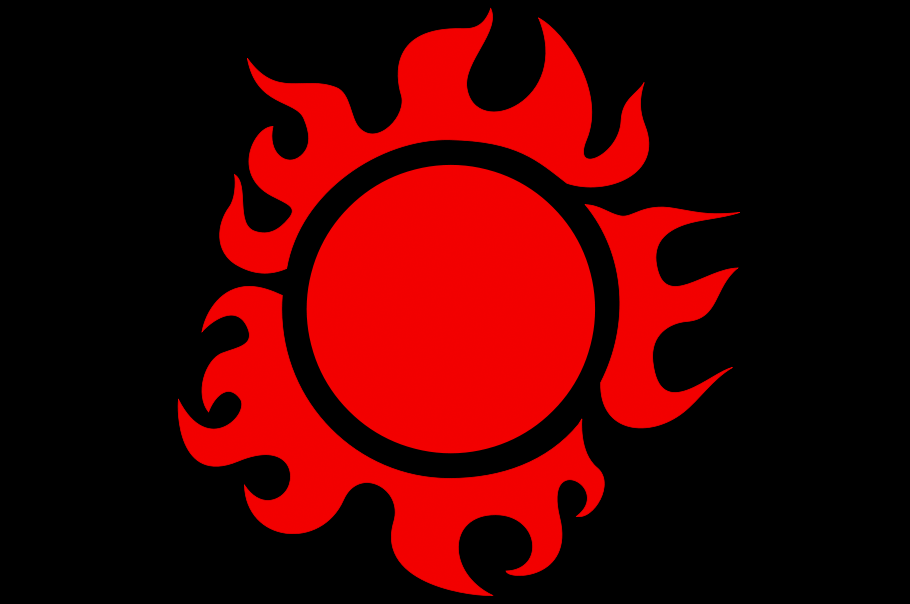 This might be cheating since it is not an actual sun, but I think it deserves a mention. The Sun pirates use this logo, many in the world of One Piece do not know what it signifies. In One Piece, there are the Tenryuubito, the World Nobles, and they have slave that are branded with the hoof of the dragon. The brand of the Sun Pirates overwrite the dragon hoof to represent freedom from the slave owners and will to rebel.

The very angry from Super Mario. Something about this angry sun that attacks you relentlessly is pretty memorable. 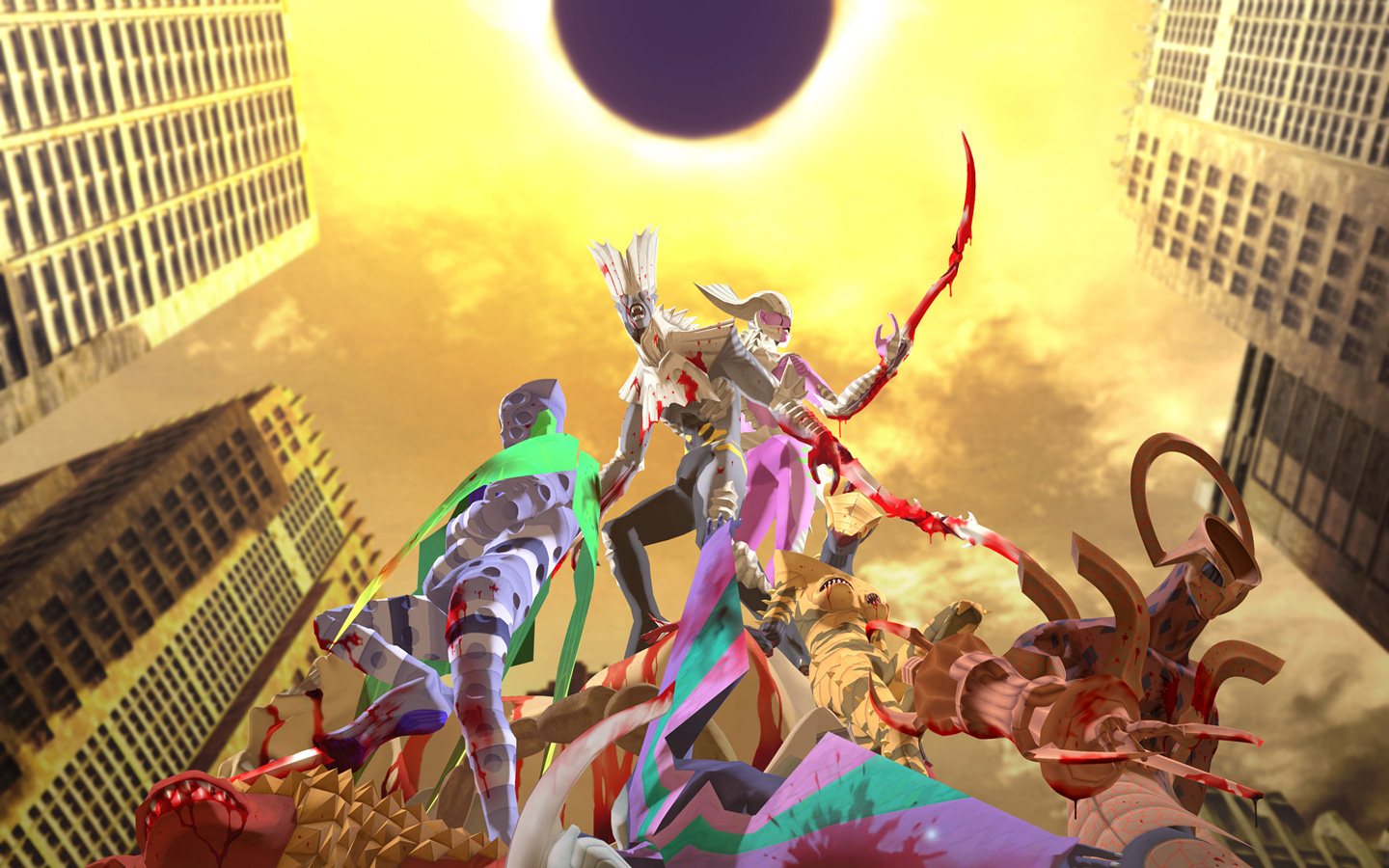 The sun from Digital Devil Saga 2 is very special in that it turns those who are exposed it to stone. The protagonists of the game realize that the sun will without a doubt destroy the world, so they have to challenge it.

Like the moon from Soul Eater, the sun has a personality. During the day, it is happy and it gets sleepier as the evening draws closer. While not as creepy as the moon, it is definitely memorable. 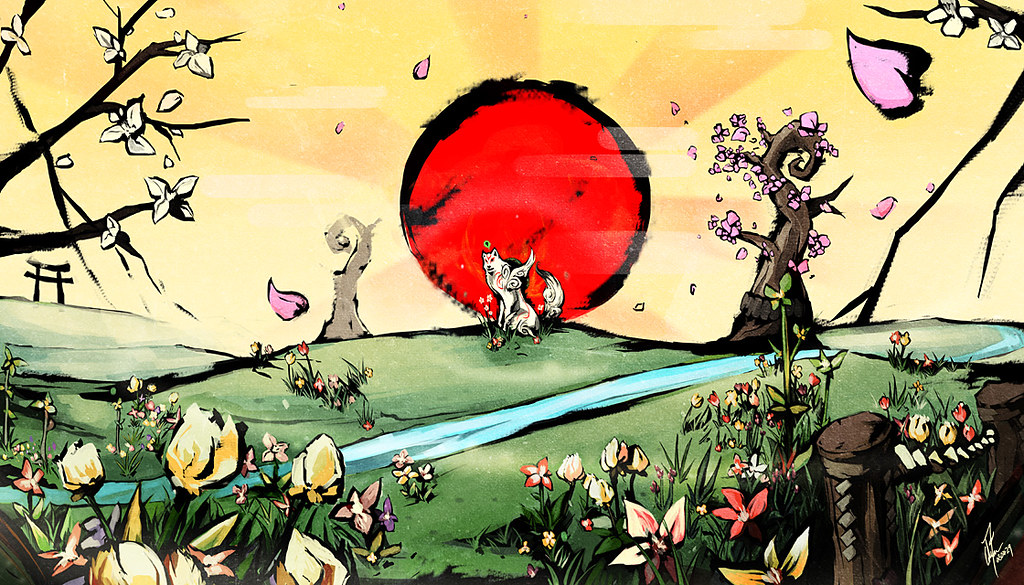 Amaterasu is the goddess of the sun, and the sun from Okami does not disappoint. While the sun ability is mostly used for changing time, during the final battle against Yami, the incarnation of evil and darkness, nothing is more refreshing than ray of sunlight.