Which translates to “Hitori Bocchi’s Life of Being Alone.” Is an anime adaptation of  manga of the same name written by Katsuwo. The anime is made by studio C2C and it has total of 12 episodes. It ran from April to June of 2019.

Hitori Bochi is the protagonist of the story. She is super shy and wants to make friends with everyone in her class. 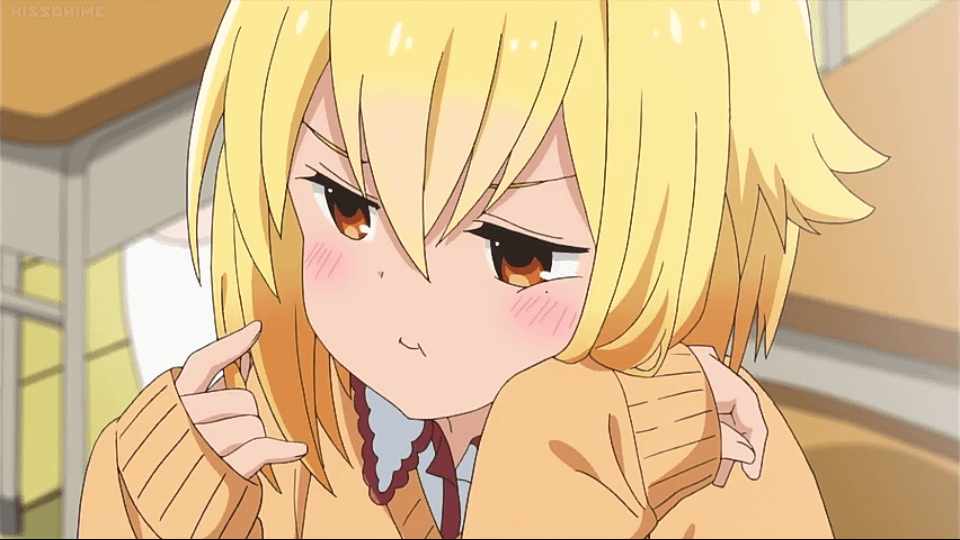 Sunao Nako is Bocchi’s first friend. She looks like a gyaru so some are hesitant to approach her. She is collected and very friendly.

Bocchi just entered middle school and is separated from her best friend, Kai. Kai wants to encourage Bocchi to be more confident so she holds their friendship on hold until Bocchi can make friends with everyone in class.

The first thing I noticed was that everyone’s name is a pun, and that’s pretty cute. Hitori means alone, Ojousa is pun on rich lady, and so on. This might be a weird thing to like, but it makes the character’s names easy to remember. 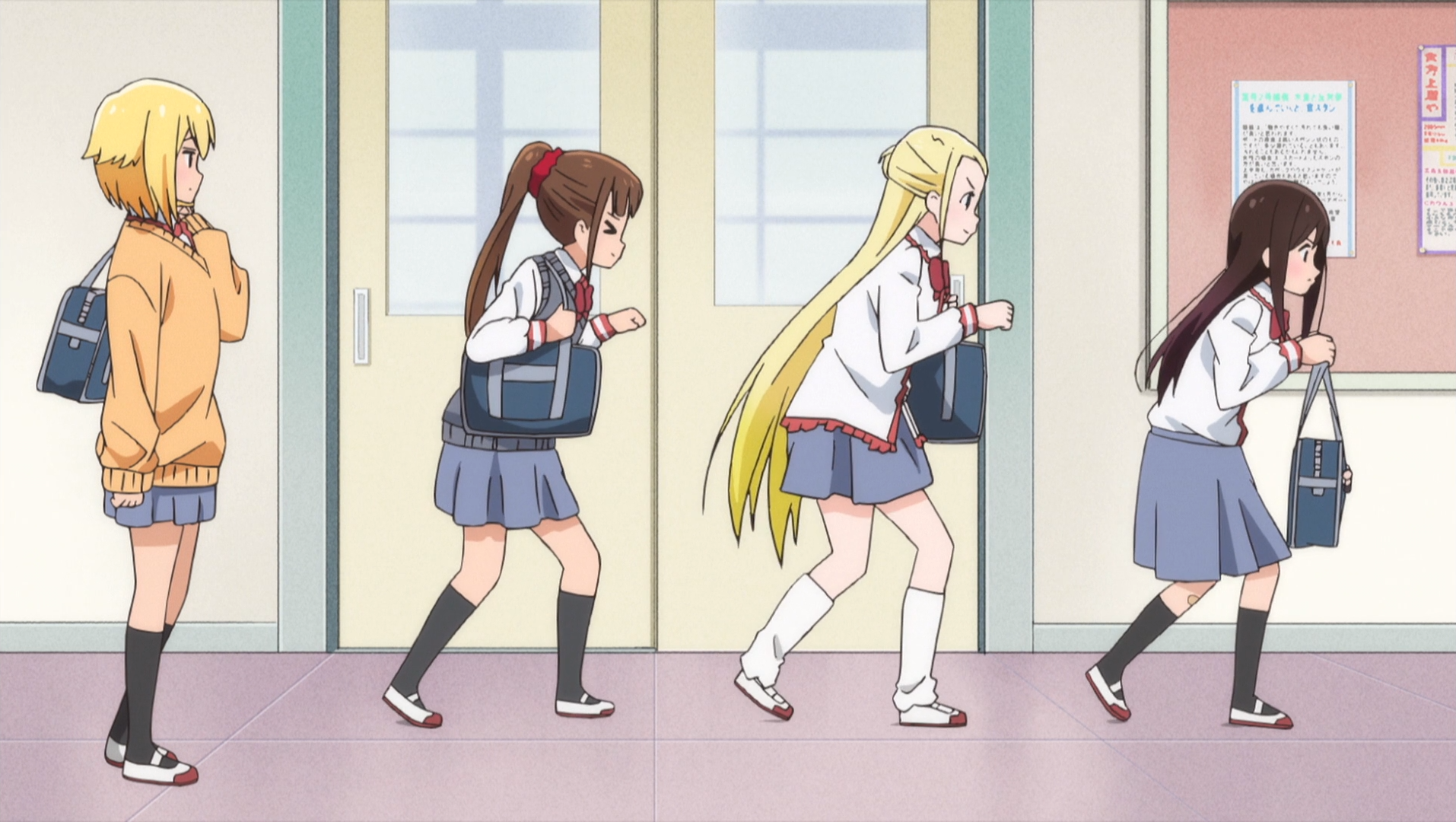 The characters and the story are super cute. This was a nice relaxing respite from some of the darker shows and real life.

Also like how spartan Kai is in her attempt to strengthen Bocchi.

There is not much to hate here. The series begins and ends with Bocchi vomiting due to her shyness, which the uses as a cute call back. But this shows how little she progressed as a person, but rest of the show does show her growing up… there is a contradiction between her actual growth throughout the show and the ending.

Will I watch it again?

Probably not. There are a lot of shows out now, and I don’t think this one needs a second viewing. It was fun, but not enough to do it again.

Who do I recommend this to?

If you are looking for some cute and wholesome to be calming part of your day, this is great. There is no action scenes and no drama. Just easy and calm ride.

This is a cute show, that is where it begins and ends. That is not a bad thing, nor a good one. This show aims to relax and it does just that.